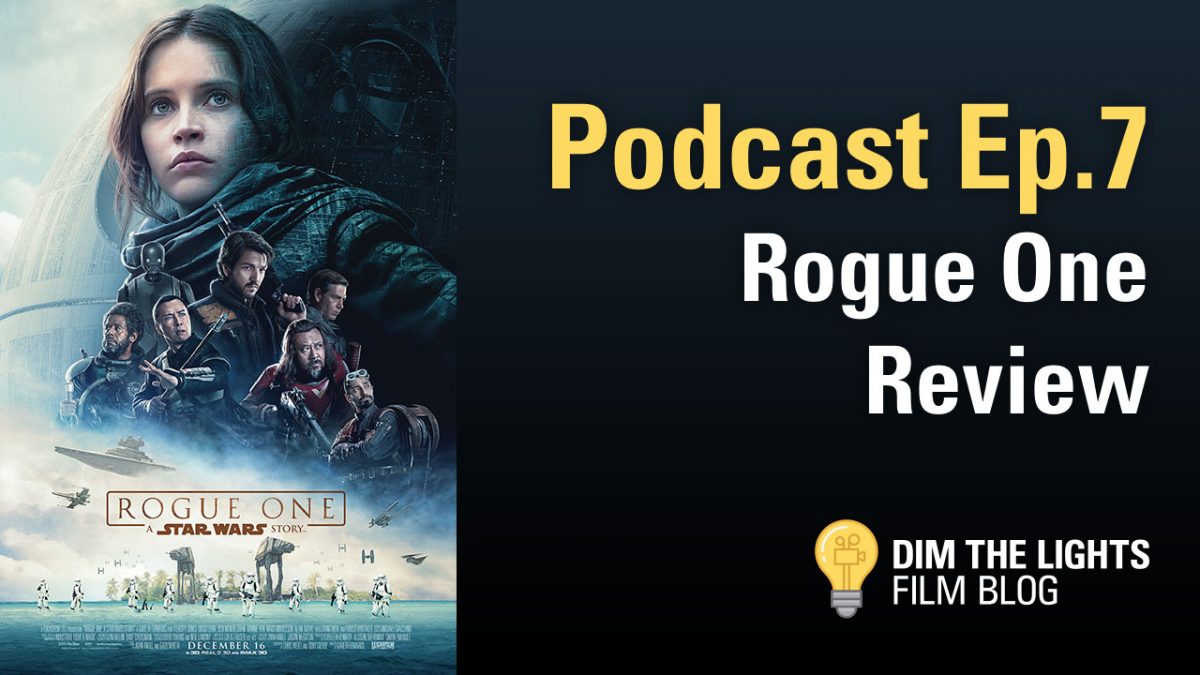 Happy New Year! It’s finally 2017 and we get to put behind the god-awful year of 2016. Sure, 2016 was pretty terrible in general, but it did have some highlights.

One of the best movies of 2016 is Rogue One: A Star Wars Story. Rogue One is the prequel to the original Star Wars film, now known as Star Wars: A New Hope (Ep.4). Rogue One takes its premise from the opening crawl of the original film:

“It is a period of civil war. Rebel spaceships, striking from a hidden base, have won their first victory against the evil Galactic Empire. During the battle, Rebel spies managed to steal secret plans to the Empire’s ultimate weapon, the DEATH STAR, an armored space station with enough power to destroy an entire planet. Pursued by the Empire’s sinister agents, Princess Leia races home aboard her starship, custodian of the stolen plans that can save her people and restore freedom to the galaxy….”

Rogue One expands on this crawl and builds on the lore of the Star Wars Universe.

We discuss the whole film with FULL SPOILERS. If you haven’t seen the film yet, definitely get back to us later 🙂

If you enjoyed this episode, please feel free to leave us a review on iTunes. It helps much more than you realize. If you want to go the extra mile, you can support us at our Dim The Lights Patreon.

In an effort to give you awesome content, we recently partnered up with Lootcrate. Definitely, check out their exclusive subscription service by clicking this link. Every purchase will help keep our website going, so we appreciate all the help and support.