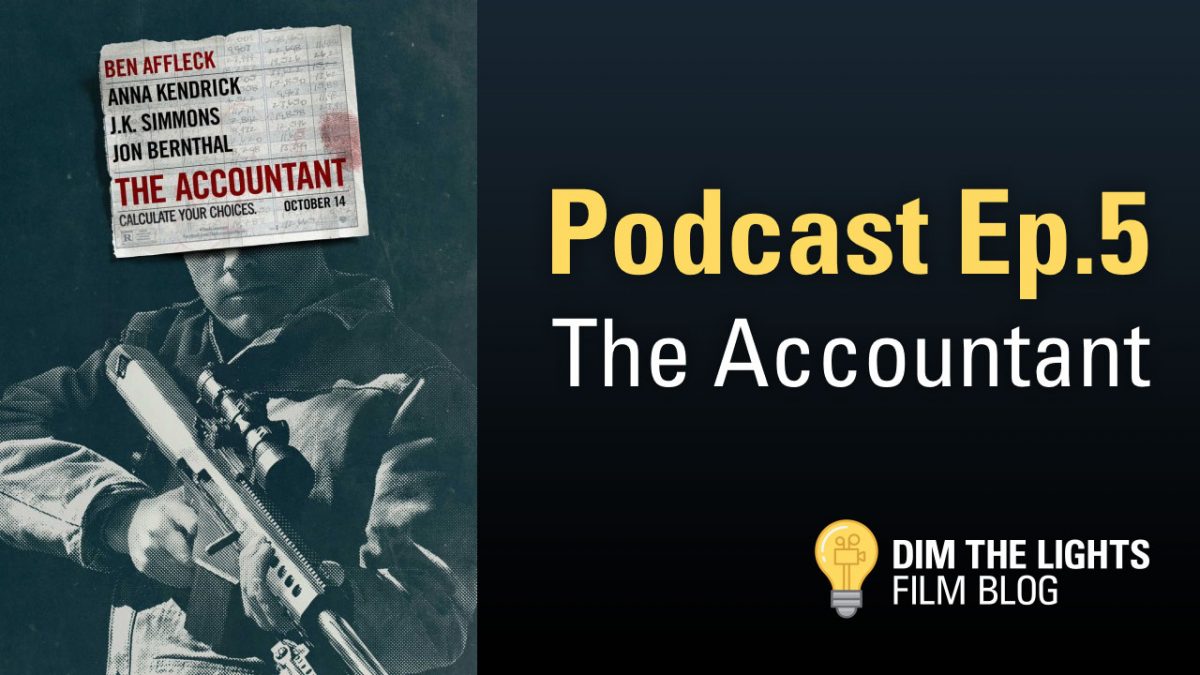 The Accountant is the action film we’ve been waiting for…

Hey everyone! This week we discuss The Accountant, a film by Gavin O’Connor and starring Ben Affleck, Anna Kendrick and J.K. Simmons. Late Friday night, we were pleasantly surprised by The Accountant, which is not the film it is promoted to be. Rather than your typical action film, The Accountant offers much more that films like Jason Bourne were lacking.

At The Box Office: October 21th

Jack Reacher: Never Go Back: Jack Reacher must uncover the truth behind a major government conspiracy in order to clear his name. On the run as a fugitive from the law, Reacher uncovers a potential secret from his past that could change his life forever. Excerpt from IMDB.com

American Pastoral: Based on the Pulitzer Prize-winning Philip Roth novel, AMERICAN PASTORAL follows a family whose seemingly idyllic existence is shattered by the social and political turmoil of the 1960s. Ewan McGregor (Salmon Fishing in the Yemen, Beginners) makes his directorial debut and stars as Seymour “Swede” Levov, a once legendary high school athlete who is now a successful businessman married to Dawn, a former beauty queen. But turmoil brews beneath the polished veneer of Swede’s life. When his beloved teenage daughter, Merry, disappears after being accused of committing a violent act, Swede dedicates himself to finding her and reuniting his family. What he discovers shakes him to the core, forcing him to look beneath the surface and confront the chaos that is shaping the world around him. Synopsis from americanpastoral.movie

Keeping Up With The Joneses: An ordinary suburban couple (Zach Galifianakis, Isla Fisher) finds it’s not easy keeping up with the Joneses (Jon Hamm, Gal Gadot) – their impossibly gorgeous and ultra-sophisticated new neighbors – especially when they discover that Mr. and Mrs. “Jones” are covert operatives. Synopsis from foxmovies.com

IGN has your exclusive first look at Amber Heard as Mera in #JusticeLeague https://t.co/JcYLJTkeEz pic.twitter.com/P4VuzijYaW

Ewan McGregor is up for 2 Obi-Wan Movies

J.A Bayona Says Jurassic World 2 Will Be More Like The Empire Strikes Back

Not sure how I feel about this cliche comparison, but here’s to hoping Jurassic World 2 can top the first one. Here is the full article on Screen Crush.

Anna Kendrick could pull off Robin, but what about Batgirl? I think that works better. See her in the full getup.

If you enjoyed this episode, please feel free to leave us a review on iTunes. If you want to go the extra mile, you can support us at our Dim The Lights Patreon.

In an effort to give you awesome content, we recently partnered up with Lootcrate. Definitely check out their exclusive subscription service by clicking this link. Every purchase will help keep our website going, so we appreciate all the help and support.