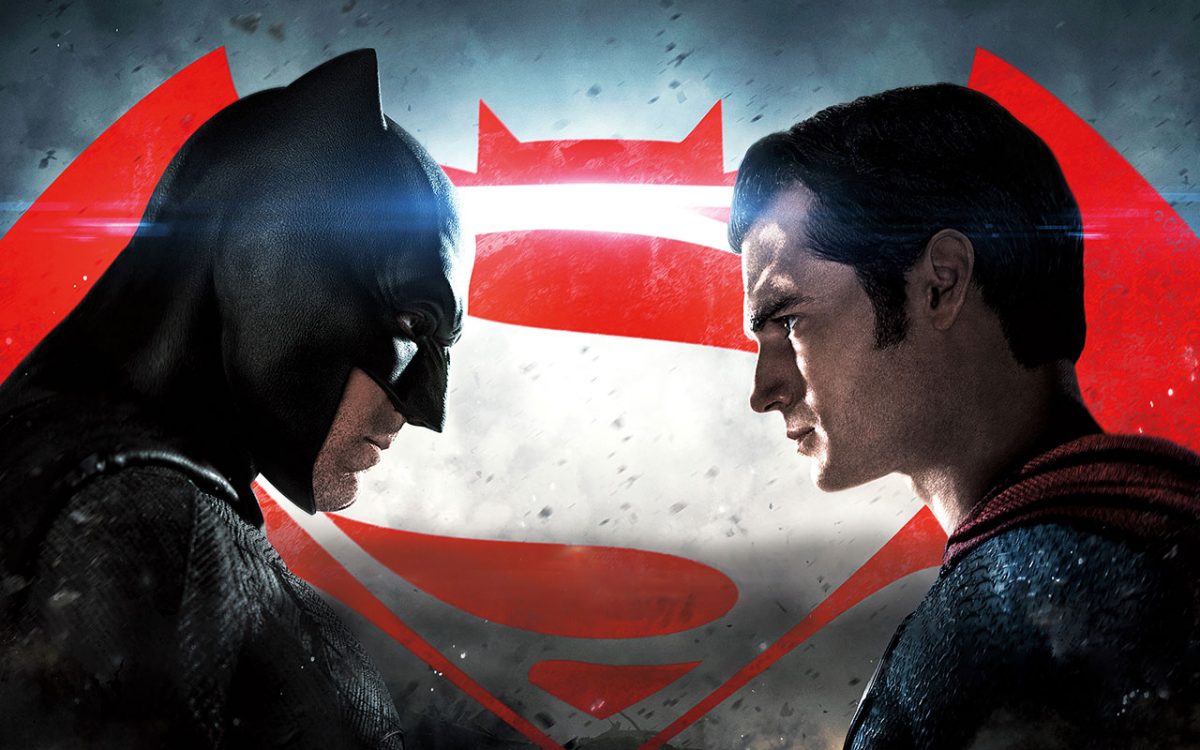 As a true fan, it pains me to have to speak so negatively about such a hopeful film. I am still counting on Warner Bros. to turn things around, but as of now they are definitely in the hot seat.

A Couple Of Missteps

Not unlike Batman v. Superman’s theatrical release, I have had a few blunders while running Dim The Lights. This film was (and still is) a highly discussed production. Back in March, after watching the film I meant to write a honest review as well as record a podcast episode featuring Batman v. Superman. Unfortunately, we had some technical issues that we never recovered from and Batman v. Superman has since been lost in our list of to-dos.

The Batman v. Superman: Ultimate Edition was recently released and I thought this would be a great opportunity to share my thoughts on the film.

Gladiator Match of the Century

At this point it is probably well known what Batman v. Superman is about, but I’ll just quickly touch on the plot here. The film follows the events of 2013’s Man of Steel. After Superman (Henry Cavill) is revealed to the world and lays waste to Metropolis in his epic battle with General Zod, the world is confused about what to think about Superman. Batman v. Superman opens with the battle of Metropolis seen from the perspective of Bruce Wayne (Ben Affleck). 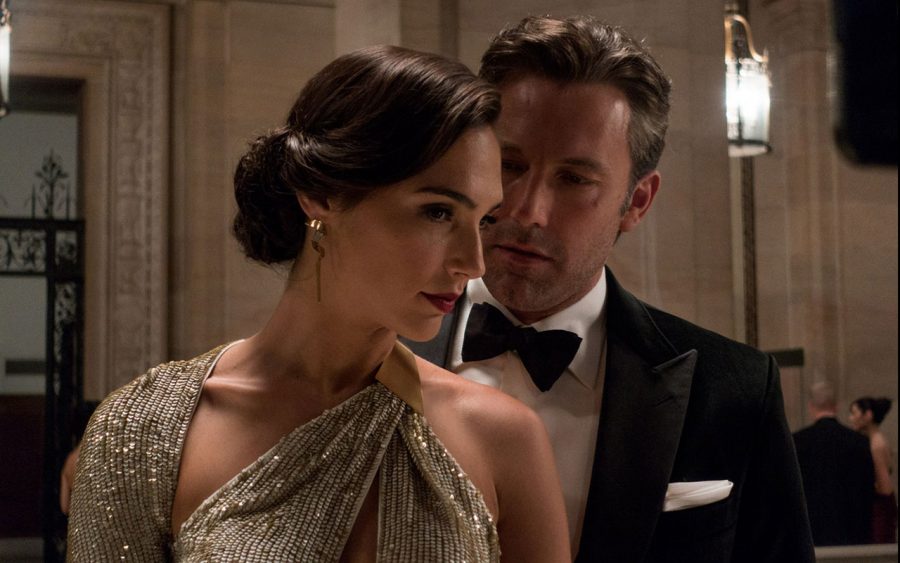 Ben Affleck and Gal Gadot’s great chemistry is one of a few pros in a mostly con film.

While in Man of Steel, Superman’s actions are scene as heroic, Bruce sees a very different picture. The civilians are scared, and Bruce does his best to help who he can in the collateral damage. Eighteen months after the destruction of Metropolis, another incident takes place in the desert involving Superman acting as a “rogue combatant”. While many see Superman’s godlike actions as heroic, others like Batman (Bruce Wayne) see him as a threat that could destroy the entire world if he wanted to. While Superman contemplates his role in this world, Batman prepares to go to war with the Man of Steel.

Meanwhile, a new enemy rises in the form of a young tech-savvy Lex Luthor, whose mistrust of Superman’s powers causes him to concoct a grand scheme to destroy the ‘false god’. Tensions heat up as more collateral damage ensues until the final showdown takes place: man vs god.

Owning Up To Man Of Steel’s Missteps

One of the highlights of the film is how it treats the immense negative feedback that Man of Steel received a few years back. Although most super hero films involve some sort of collateral damage, many spectators viewed Superman’s handling of his fight with General Zod as careless and heartless. He leveled an entire city and the death count looked to be extremely high. In a last ditch effort, Superman’s only glimpse of heartfelt love for humanity was demonstrated in one of the very last scenes. Other than that, Superman didn’t seem to show any concern for the numerous dead at his feet. Batman v. Superman addressed this head on from the perspective of Bruce Wayne. It was the perfect set up for why Bruce would want to challenge Superman as well as give birth to the driving plot of the film. 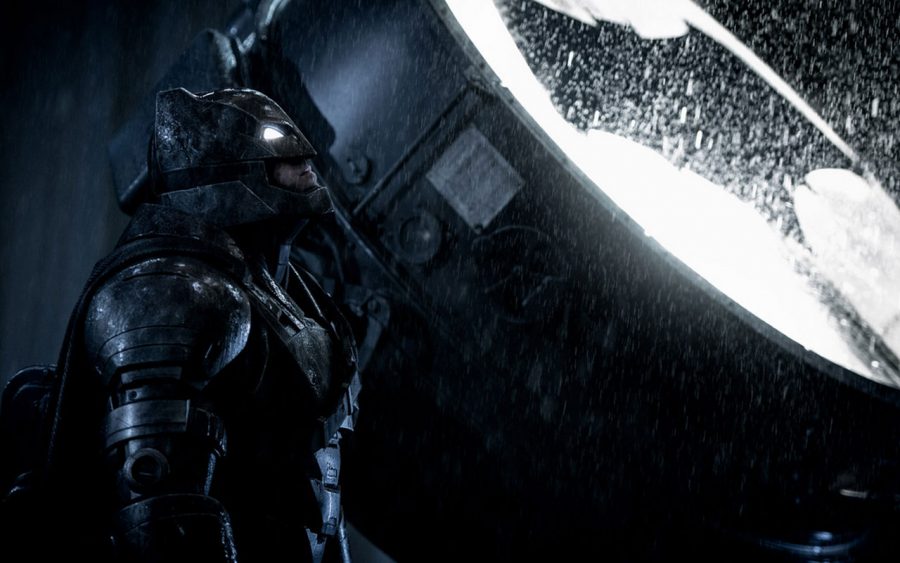 Batman awaiting the return of the Son Of Krypton

Batman v. Superman‘s Batman draws inspiration from one of his most famous comic arcs, The Dark Knight Returns. Similar to the comic, we are introduced to a darker, older, and meaner Bruce Wayne. This isn’t your Christian Bale Batman. His Batcave reveals a long and morbid history that can be seen in Bruce’s grimacing face. Ben Affleck’s Batman may be one of the most accurate portrayals on screen to date. Sure, this Batman is a psycho murderer, a significant character flaw, but mostly everything else is accurate. Ben Affleck does a phenomenal job at portraying both Bruce Wayne and Batman bringing a new edgier character that distinguishes him from past incarnations. What many thought would be a sure miss, ended up being one of the best parts of the film.

Sadly, Superman is overshadowed by his co-star in many respects. Henry Cavill portrayed Superman well in Man of Steel. He continues his efforts here, but falls short. I feel that this has more to do with director Zack Snyder and the script rather than Henry himself. Superman is portrayed as a sad person who sees his daily rescues of civilians as an obligation more than his duty. He rarely smiles, if at all, and only has eyes Lois Lane (Amy Adams), his romantic partner. She, and his mother, are his only ties to the world, something he repeatedly disowns.

Superman’s sole motivation for saving people is as he put it, “righting the wrongs of a ghost”, referring to his late father’s wishes. He has little desire to actual help a people who fear him and condemn him for trying his best.

While Batman has clearer motivations for challenging Superman, Superman’s reasoning for fighting Batman are convoluted and meaningless. The title fight is very similar to Superman’s stance on being a hero: “I don’t really want to, but eh, might as well.” 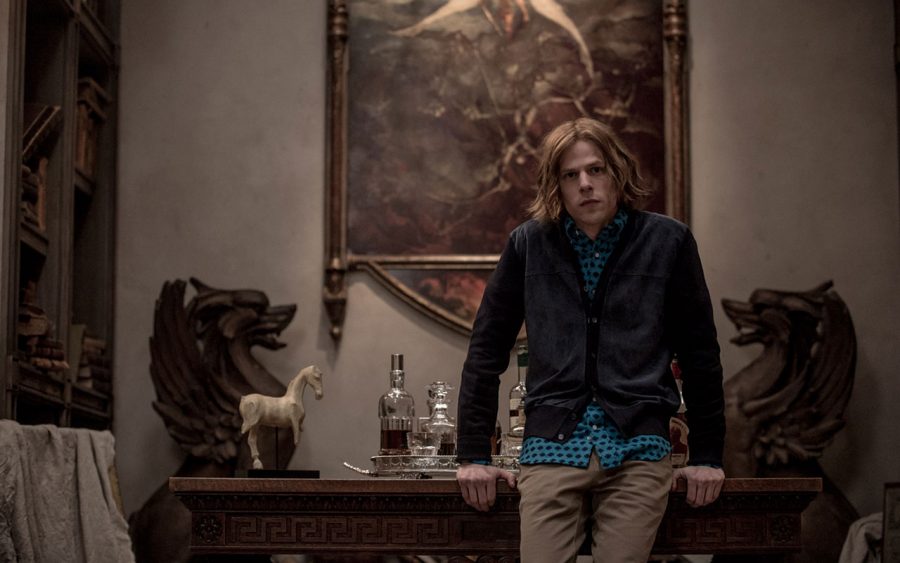 The entire fight is orchestrated by who I think is Lex Luthor (Jesse Eisenberg). I’m not entirely sure because what I witnessed while watching this film doesn’t seem like the Lex Luthor familiar to avid comic book readers. This Lex Luthor is very young, a bit eccentric, and definitely crazy. His reasoning for wanting to kill Superman doesn’t make much sense and his plan to carry this out is even less logical.

The actual fight itself lasts about 8 minutes and doesn’t really live up to the hype. If you watch Captain America: Civil War, there is close to 20 minutes devoted to seeing Marvel heroes clash on screen. For a film that promises an epic battle between Batman v. Superman, it doesn’t even come close.

RE: Introducing The Justice League

As if it wasn’t already filled with enough characters, Batman v. Superman promised to introduce the remainder of the Justice League. The film made very curious choices in introducing Wonder Woman (Gal Gadot), another, supposedly, key player to the film. Her character felt more like The Dark Knight Rises portrayal of Catwoman. She is mysterious, but almost too mysterious that it is mostly irrelevant. Her one shining moment comes at the very end in a fight with Doomsday? While Gal Gadot’s Wonder Woman is a force to be reckoned with (she’s the only person that looks to be a match for Doomsday), the reasoning for her appearance leaves many question marks throughout the film.

Wonder Woman get an incredible watered down introduction, but what about the rest of the league. Well, The Flash goes grocery shopping, Aquaman is swimming, and Cyborg gets very painful surgery. All this is showcased in a series of quicktime files from an email. The entire Justice League…one email. Really Warner Bros.? Really?

I could go on and on about how terribly written the story was, and how awful the characterizations of character were, but it would take me way too long. The Ultimate Edition of Batman v. Superman does fill in some major plot holes, but is incapable of redeeming this bloated and shallow portrayal of DC’s greatest heroes. Although Batman and Wonder Woman provide some redeeming qualities, Batman v. Superman is just too dark and too overstuffed with characters and subplots.

As a true fan, it pains me to have to speak so negatively about such a hopeful film. I am still counting on Warner Bros. to turn things around, but as of now they are definitely in the hot seat.