Eye In The Sky Review 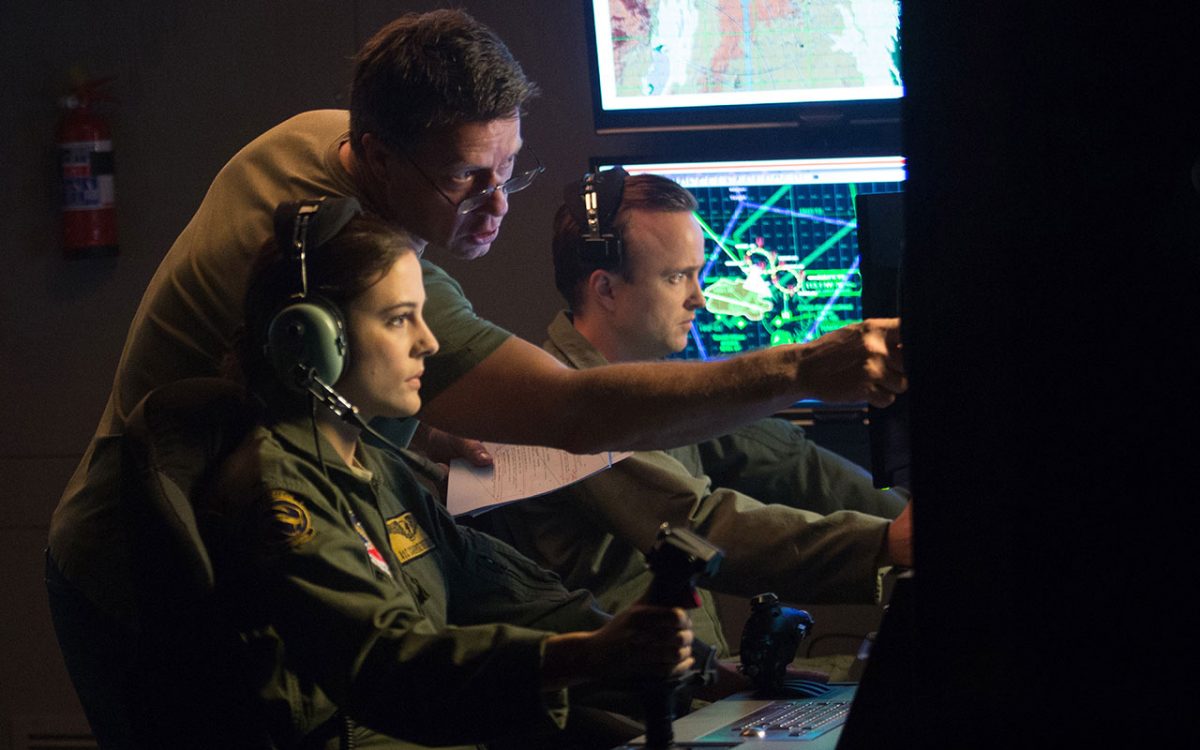 Grounded and Thought-Provoking There are many films coming out recently that work to create worlds of fictions that audiences can immerse themselves in for a short period of time to escape the real world. There’s absolutely nothing wrong with that, but there are some audiences wanting of films that talk&hellip;
Eye In The Sky Review
Eye In The Sky Review
Brian Maya

Modern Warfare and Its Dilemmas and Consequences

Eye in the Sky is a thought provoking film that will definitely put your mind to work. It’s not a popcorn blockbuster, but rather a thriller with a meaningful message.

There are many films coming out recently that work to create worlds of fictions that audiences can immerse themselves in for a short period of time to escape the real world. There’s absolutely nothing wrong with that, but there are some audiences wanting of films that talk about real world problems without having to go down the superhero or sci-fi route.

If you’re someone looking for a film that delves into a controversial topic, look no further because Eye in the Sky is here. This is one of the few films out right now that manages to tackle a hot topic issue without having to delve into anything in the realm of fiction or sci-fi. While the specific scenario present in this film is fiction, the topic it focuses on is not. Eye in the Sky is about a military operation headed up by Colonel Katherine Powell that takes place in Nairobi, Kenya. The goal is to capture high profile terrorists, but when new intel suggests they are planning an attack the order quickly changes from capture to kill. A reaper drone that was being used for surveillance purposes has now been given the green light to fire lethal weaponry, or missiles in this case.

With that escalation another problem arises. A civilian in the form of a young girl enters the designated radius the missile would land in. Anyone in that zone is in danger of being seriously hurt, if not killed. From here on out those part of this mission engage in arguments over the implications of the various outcomes that the mission can conclude in. Starring as Colonel Katherine Powell is Helen Mirren. She is accompanied by talent such as the late Alan Rickman (Die Hard, Love Actually, Harry Potter), who passed away not long ago, Aaron Paul (Breaking Bad), Barkhad Abdi (Captain Phillips), and Phoebe Fox. 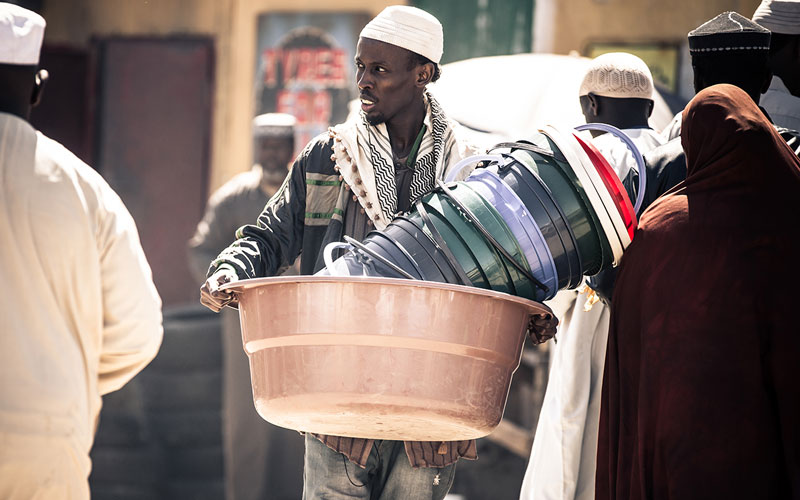 Eye in the Sky Characters

Eye in the Sky has an interesting setup. The main characters combined represent three or four different divisions within their countries’ armed forces, with a total of three countries (U.S., England, Kenya) collaborating together on an operation. Colonel Katherine Powell (Helen Mirren) and Lieutenant General Frank Benson represent England, Second Lieutenant Steve Watts and A1C Carrie Gershon (Phoebe Fox) represent the U.S., and Jama Farah (Barkhad Abdi) is an undercover Kenyan agent working on the ground and in hostile territory to acquire intel when it becomes necessary.

There are other individuals part of this operation, but these are the main characters that are focused upon and all of them communicate via comms to carry out this operation from their respective countries. England’s representatives, Powell and Benson, oversee the operation. Watts and Gershon are overseeing the piloting of the reaper drone, and Farah is on the ground assessing the situation and communicating intel he receives through video surveillance using video bugs and other discreet electronic means of communication.

It’s interesting to see how all the characters communicate with each other and take on the situation at hand, dealing with all the complexities that come with it. Given most of the cast is well known, it’s a treat to see veteran actors and actresses flex their acting muscles to show other types of characters they can play. It’s always great to see Helen Mirren and Alan Rickman on screen. It was an honor to see Alan Rickman’s last film on screen go about taking on such a controversial subject matter, and yet it’s sad to know this is one of the last films we’ll see him in given his untimely death this past January.

It was great to see Aaron Paul in the role of a character different than that of Jesse Pinkman in Breaking Bad. He did a great job taking on this role and made the scenes he was in count toward the overarching theme of the film. The film makes each character’s scenes feel choppy given there’s a lot of back and forth, but it all works out and there isn’t a moment in Eye in the Sky where you feel like you’re lost. Rather you feel on the edge of your seat most of the film despite not having heavy scenes with adrenaline boosting action. Last but not least, we get to see Barkhad Abdi in a prominent role following up his role in Captain Phillips. Last time he played the bad guy. This time he plays the good guy. He’s a pleasure to watch on screen and here’s to hoping he gets more roles in future films in the Hollywood side of the film industry. 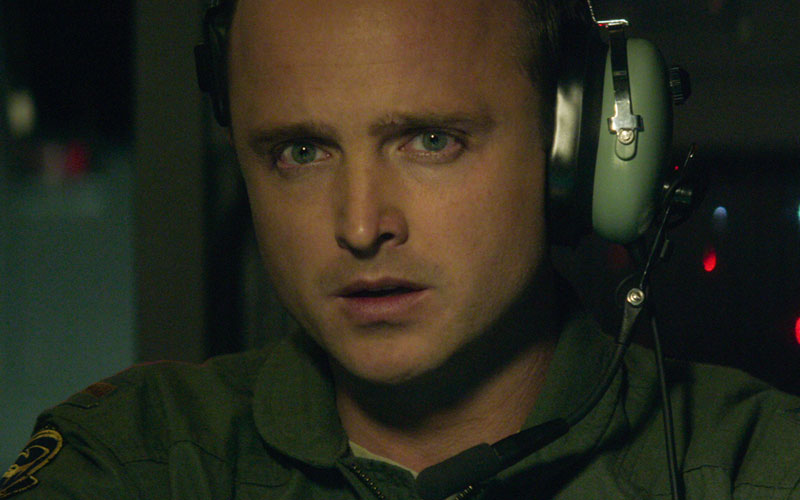 Aaron Paul breaks some other things in Eye In The Sky

An Eye On Controversy

Eye in the Sky is written and directed very well. It doesn’t seek to preach a viewpoint, but more so to bring to light what modern warfare looks like to the general public and what implications come with it. Eye in the Sky seeks to ask you, as the audience, questions without answering them. By the end of the film you’ll walk away asking yourself what’s the right answer to a situation such as the one presented in the film. Machines like drones have changed the landscape of what warfare looks like today and it’s been a hotly debated topic. The idea that individuals can sit behind a monitor and a set of controls to operate a weapon halfway around the world is controversial. Some see it as a cowardly form of warfare where the one behind the computer is safe and sound while those on the battlefield are suffering the consequences of the damage such weapons cause.

What’s worse, as seen in this film, is that the battlefield is no longer an exclusive territory, but rather ground that is both inhabited by civilians and hostiles. Those who seek to hurt others hide in plain sight and when countries with the capability of using drones to carry out attacks do actually go through with one, civilians in those areas of attack can get caught in the crossfire. If that happens that is where the backlash begins. Who is to be held responsible for such collateral damage? Were those who fired the missiles in the right to take out hostiles no matter what the price is, especially if civilians are injured? Should civilian casualties and collateral damage be top priority in a mission over making sure the bad guy is caught or killed, that way they don’t kill more people? A couple civilian casualties caused by drones better than hostiles killing larger numbers in their attacks?

You can ask those questions all day and night and not get any of the answers to them. That’s what this film set out to do. It sought to start a conversation amongst common people about what should be made out about what modern warfare is. I mean, to be honest, the film is really, exclusively about drone warfare and its consequences. The title all but screams “drones,” but in a clever way.

A Thriller For the Mentally Stimulated

Eye in the Sky is a thought provoking film that will definitely put your mind to work. It’s not a popcorn blockbuster, but rather a thriller with a meaningful message. I definitely recommend you see this film, at least once. I do caution those who are looking for more of a happier film to watch. Eye in the Sky is not necessarily a film that will leave you feeling good once you leave the theater. If you want mental stimulation by watching something on screen that talks about real world and controversial issues, definite go see this. If you want something with more of a happier ending, you may want to skip out on this for now, but you must see it later down the road if you can! Go see Eye in the Sky, if you’re up for it, and I hope you find it as thought provoking as I did.