Home » Reviews » Furious 7 Review | The Family Explodes Back Into Theaters

Furious 7 Review | The Family Explodes Back Into Theaters

Furious 7 is the latest installment that follows the high speed endeavors of Dominic Toretto (Vin Diesel) and his crew. After taking down the international terrorist Owen Shaw (Luke Evans), Toretto and company go back to the United States. Brian O’Connor, his right hand man, starts a family with Mia Toretto (Jordana Brewster), Dom’s sister and from there everyone works on ushering back normal lives. However, Deckard Shaw (Jason Statham), Owen’s older brother, is bent on revenge. With Deckard’s quest for vengeance in full throttle, Dom must do whatever is necessary to protect his family. Reprising their roles are Letty (Michelle Rodriguez), Tej (Chris “Ludacris” Bridges), Roman (Tyrese Gibson), and Agent Hobbs (Dwayne Johnson). Newcomers to this Furious 7 franchise are Mr. Nobody (Kurt Russell), Ramsey (Nathalie Emmanuel), and Mose Jakande (Djimon Hounsou).

Furious 7 is an extremely entertaining action film so long as you know you’re walking into a movie with a rudimentary storyline, fight sequences, and most importantly, crazy, off-the-top car stunts. While the plot isn’t anything that stands out, it’s coherent and structured well enough for its audience to follow along. With a good plot established, the people working behind the scenes of this movie choreographed fight scenes that entertain alongside ridiculous stunts utilizing cars in vehicular warfare scenarios. If you’ve followed the Fast And Furious franchise from the very beginning then you know that the past couple of movies have worked to try and top each one before it when it comes to the stunts. Fast Five saw Dom and Brian drag a bank vault across most, if not all, of Rio De Janeiro. (This is the first movie to also assemble the best characters from the previous movies and make them a team.) Fast And Furious 6 saw Dom and his crew take down a large plane in the form of yet another car chase that resulted in lots of action and a huge explosion. Furious 7 goes to great lengths to outdo Furious 6 by doing the following stunts: airdropping cars out of a plane to take down a military convoy in the mountain ranges, maneuvering (or driving) a car in midair between three skyscrapers, and yet another vehicular warfare battle that involves cars, helicopters, and predator drones. It seems safe to say Furious 7 has more than enough elements in it to make itself one of the spring/summer blockbuster films of 2015. It should also be noted that this movie isn’t heavy on actual street races, unlike some of its earlier predecessors. So for those of you hoping for more street races you most likely will be disappointed. There’s still a lot of cool actions scenes though! 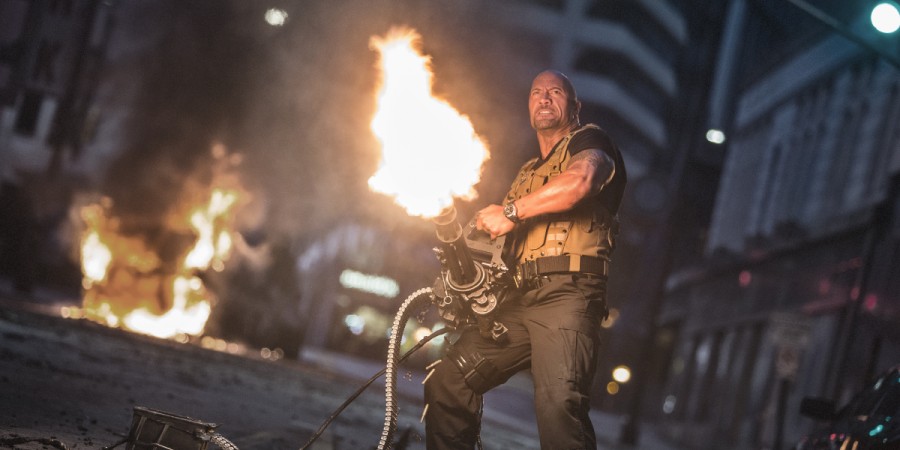 The Crew is Back

This movie isn’t heavy on character development, but it has enough to establish depth in each character. Every character pretty much reprises the type of role they had in previous movies. Dom is the head of the group with Brian as his right hand man. Letty is Dom’s right hand woman and romantic interest (and with that you have Mr. and Mrs. Alpha). Tej is the hacker/tech guy of the group. Roman is the clown of the group who can be best described by Tej in the movie as “shining brightly as only Roman Pierce can do,” which he pretty much does in the past two films too. Mia is Dom’s sister and Brian’s wife. She is relegated to a smaller role in this movie, so sorry to those of you hoping to see more of her. Perhaps Fast 8? Agent Hobbs in Fast Five was a federal agent hired to apprehend Dom and his crew and was the guy the government would call in when they needed a difficult job done. In Fast And Furious 6, we see Hobbs team up with Dom and his crew to take down Owen Shaw. Now in Furious 7 we see the aftermath of that mission sometime later on, when the main characters have moved on with their lives. Elena returns in this movie as a federal agent agent too, but has a very small role to play.

Supporting this movie are some new faces that both help and hinder Dom and his family. Jason Statham as Deckard Shaw, Owen’s older brother, is the continuous thorn in our protagonists’ lives and won’t stop until they’re all dead. All this is done in the name of retribution for what they did to his brother. Jason Statham does well in playing the bad guy and brings to the table a formidable foe for Dom, Dom’s family, and Hobbs. Djimon Hounsou, as the terrorist Mose Jakande, performed his role well. The movie doesn’t allow room to show the acting talent he has, but he’s an entertaining presence as a villain. He has his own thing going on and is another enemy that becomes a thorn for the main characters as well. Nathalie Emmanuel as Ramsey is a nice addition to have as one of the good guys. I won’t say what her role entails, but she is important to plot of this movie. Oh and one character we can’t forget is Kara, played by Rhonda Rousey. Rhonda is better known as the furiously dangerous female MMA champion. She’s the head of security for an Abu Dhabi billionaire. Her role isn’t really important; so much as it is entertaining. Rousey’s scenes in the movie all cater to the audience as action scenes so they can see her fight. This is MMA champ’s first debut as an actor in the film industry. 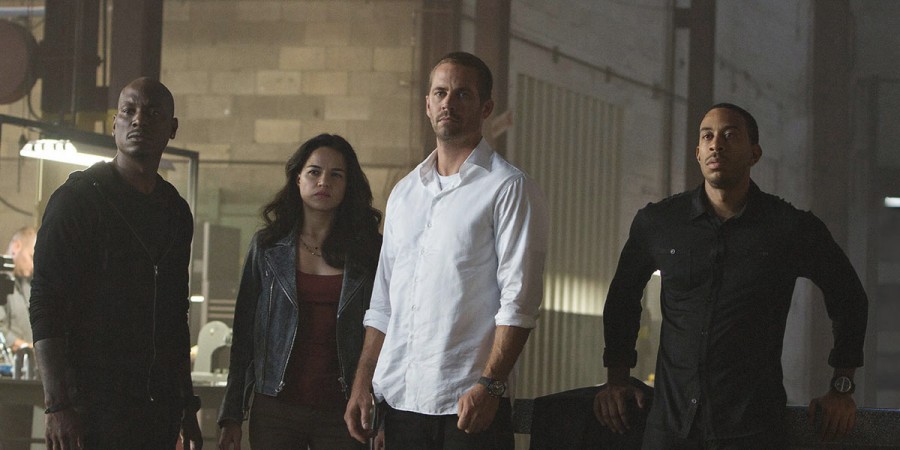 Aside from the plot of the movie it should also be noted that the ending of this movie was handled very well and respectfully in regards to the late Paul Walker. In November 2013, Paul Walker passed away in a car accident and his death left many wondering what would become of this movie. Eventually, cast and crew along with director James Wan believed they needed to finish this movie to honor Paul’s legacy and see the film through. I’m sure that if you’ve yet to see Furious 7, you’re wondering what was done to deal with the loss of Paul Walker’s character Brian. A tribute was made at the end of the film that helped establish what will become of Brian going forward. It’s incredibly touching, and despite the tone of sadness, it honors Paul and was beautifully done. Fans of this franchise will appreciate how his character’s exit was handled.

Furious 7, while not a thought provoking movie, is an excellent popcorn movie/blockbuster that will leave fans and first timers of the Fast and Furious franchise satisfied. It is well done and entertaining. Definitely consider purchasing the DVD when it drops on the 15th. And if you have never seen any of the movies in this franchise, do it! What are you waiting for? They’re action films that do not disappoint.

Furious 7, while not a thought provoking movie, is an excellent popcorn movie/blockbuster that will leave fans and first timers of the Fast and Furious franchise satisfied. It is well done and entertaining. Definitely consider purchasing the DVD when it drops on the 15th. And if you have never seen any of the movies in this franchise, do it! What are you waiting for? They're action films that do not disappoint.