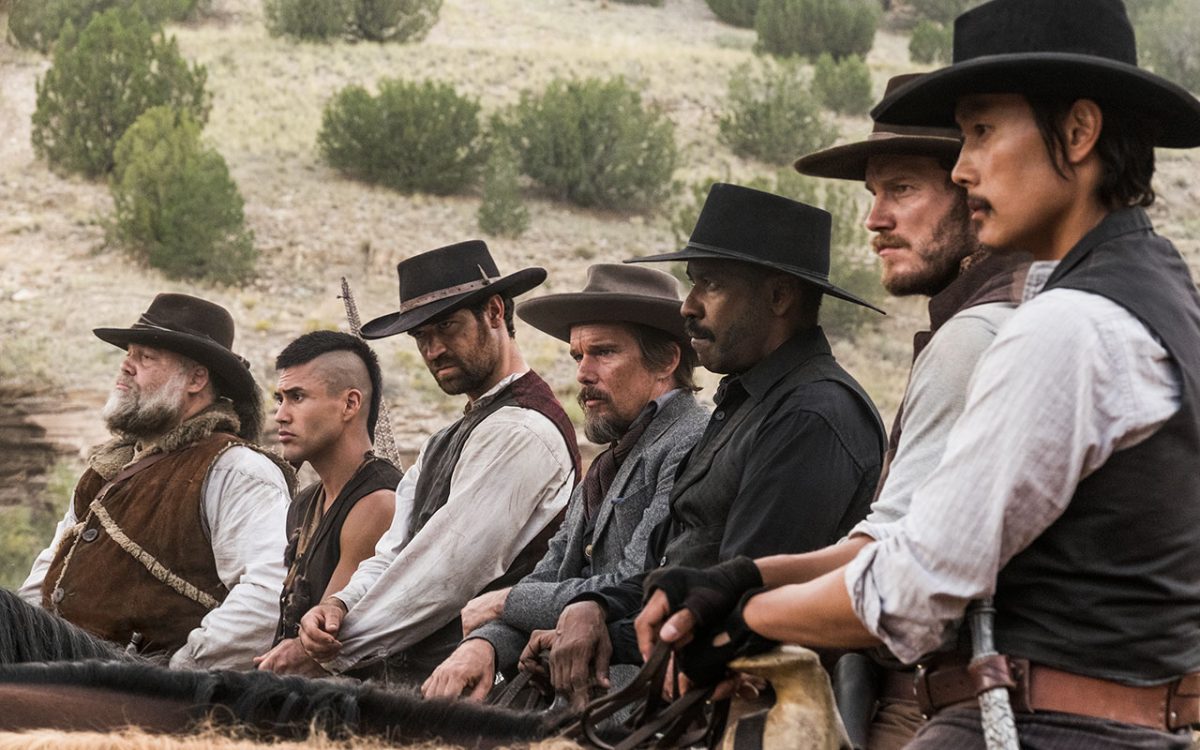 The Year Of The Reboot: The Magnificent Seven

If you didn’t know, The Magnificent Seven is actually not an original film. The original film was released in 1960 starring Steven McQueen and directed by John Sturges. That 1960 film is a remake of Akira Kurasawa’s Seven Samurai, considered one of the best film in history.

2016 has been a breeding ground for an array of remakes and reboots which have mostly steered toward  negative reception (think, Ghostbusters and Ben-Hur). The Magnificent Seven is the latest of this endless sea of reboots. Directed by Antoine Fuqua (Training Day, The Equalizer), The Magnificent Seven seeks to do away with the extremely disappointing Summer.

Sadly, The Magnificent Seven is less than perfect, but it does have its merits. While I haven’t personally watched the 1960 Magnificent Seven or Seven Samurai (yeah, I have to get on that), it felt that this latest incarnation lacks in a number of ways.

The cast is a “who’s who” of today biggest male stars. Denzel Washington plays Chisolm, a lone wolf bounty hunter with a heart of gold. Chris Pratt’s Joshua Faraday is the rogue cowboy with a keen sense of humor. Alongside them ride various characters from different cultural backgrounds including Ethan Hawke, Vincent D’Onofrio, Byung-hun Lee, Manuel Garcia-Rulfo, and Martin Sensmeier.

While this round up is a phenomenal cast the film spends little to no time exploring them. The characters have interesting personalities, but there is no growth. The movie spends most of its time assembling the Seven and fails to utilize them save for a few strong moments.

The main bad in this iteration is a suave gold miner named Bartholomew Bogue. While he isn’t a major focus of the narrative, actor Peter Sarsgaard makes a powerful impression. His character, Bogue, gives a small town three weeks to sign over their land to him or suffer. I particularly enjoyed the beginning scene that set the tone for the entire film.

Sadly, Peter shares the fate of the rest of the cast. He is  underutilized and the impact he leaves in the first scenes do not translate throughout the rest of the film.

The Magnificent Seven calls back to many of the tropes of westerns before it. I appreciate the overall aesthetic of the film including the typical western action. The preamble to the main fight is far more superior than the actual fight, which by the way, occupies a large part of the film. While the end fight is entertaining, the resolution to the conflict is disappointing.

Don’t get me wrong, The Magnificent Seven is a very entertaining film. The cast is strong and each offer a bit of intrigue to the Seven. Each of the Seven have their own specialty that makes them a valuable asset to the squad. Sadly, the film spends almost no time developing these potentially fantastic heroes and the plot is paper thin. While not anywhere near the hit Seven Samurai is, The Magnificent Seven offers an entertaining 2 hours in a fairly lackluster movie season.