What started as a film adaptation of the popular series has now become an unstoppable mega blockbuster franchise showing no signs of letting up. Mission Impossible: Rogue Nation continues the thrilling success of the Mission Impossible series. This time, we find Ethan Hunt hot on the trail of an international Syndicate responsible for causing anarchy throughout the world and determined to decimate the IMF (Impossible Mission Force).  The Syndicate emerges as a rogue organization comprised of supposedly deceased agents from around the world. Ethan finds himself short of allies and must rely on his loyal friends and some questionable alliances to take down the elusive Syndicate. 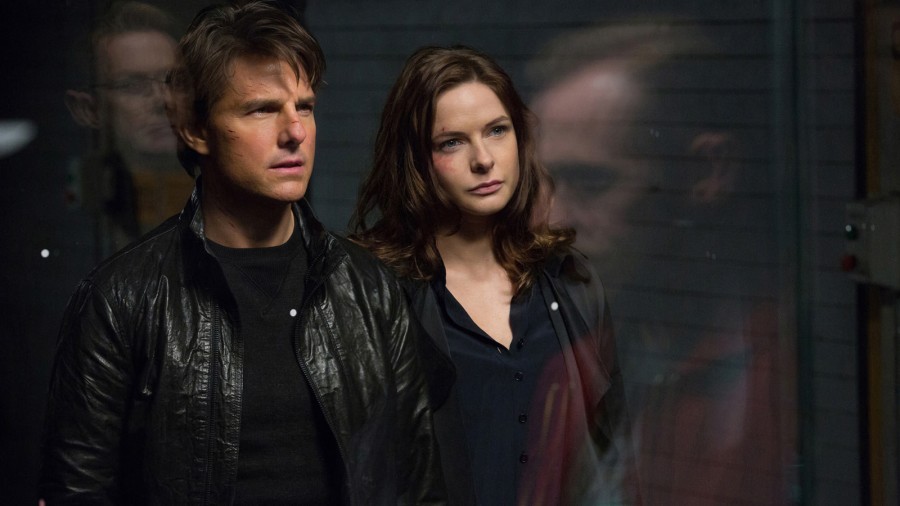 Ethan Hunt and Ilsa Faust confront the leader of the Syndicate.

It goes without saying how incredibly talented Tom Cruise is. The man is 53 years old, and successfully pulls off his own stunts throughout the entire film. Somewhere I imagine Tom Cruise has a secret wish list of thrills which he lives out in these films. Cling to a plane in mid-air? Check! Dive deep into the belly of an underwater database? Check! Successfully send expensive car into multiple flips and live to tell the story? Check! Tom Cruise continues to top the last Mission Impossible in both thrills and acting talent.

Tom Cruise is accompanied by a great supporting cast to aid him in his search for the Syndicate. Simon Pegg and Ving Rhames return as Benji Dunn and Luther Stickwell. It is always great to see returning IMF agents, especially when they add so much humor to the franchise. Simon Pegg  is fantastic and gets some heavy screen time, since his character is Ethan Hunt’s main contact after he goes rogue. New comer to the series is Rebecca Ferguson who plays Ilsa Faust, a member of the Syndicate, whose loyalties are uncertain. Rebecca provides a strong female lead which felt sorely missing from the series. She is agile, strong, cunning, and a near equal to Ethan Hunt’s talents making her a valuable ally, or a dangerous enemy.

Speaking of enemies, the Syndicate is yet another elusive organization causing death and destruction around the globe. The Syndicate follows the lead of Solomon Lane, played by Sean Harris, a mysterious man with many secrets and talents. Solomon Lane is definitely a stronger villain for the franchise, but pales in comparison to the late Philip Seymour Hoffman’s villain from Mission Impossible 3. To no fault of Sean Harris, the villain is one of the weaker elements of the film and it shows toward the finale. 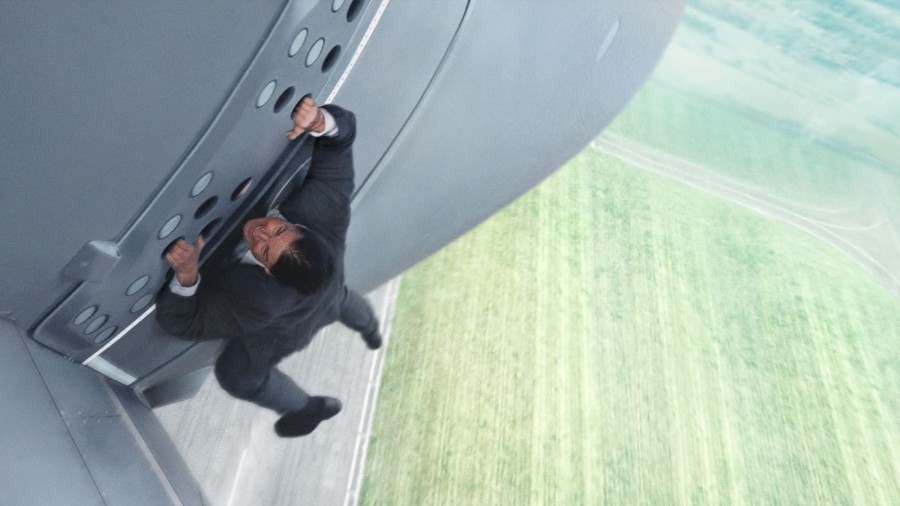 Blowing Stuff Up Is Fun

Still, the film succeeds in what it does best: providing incredible action sequences that are absolutely mesmerizing. Each set piece felt as if it could have been the finale to an individual Mission Impossible film. They were well choreographed and added levels of suspense and awe that have become staples of the franchise. Mad Max: Fury Road may have some competition for most intense action flick with Mission Impossible: Rogue Nation providing viewers with one of the most powerfully entertaining chase scenes this year.

Mission Impossible: Rogue Nation doesn’t try to be anything that it isn’t. It is positively entertaining and blends the best elements from the franchise’s  previous four installments. Cruise has done it yet again.

Mission Impossible: Rogue Nation doesn’t try to be anything that it isn’t. It is positively entertaining and blends the best elements from the franchise’s previous four installments. Cruise has done it yet again.