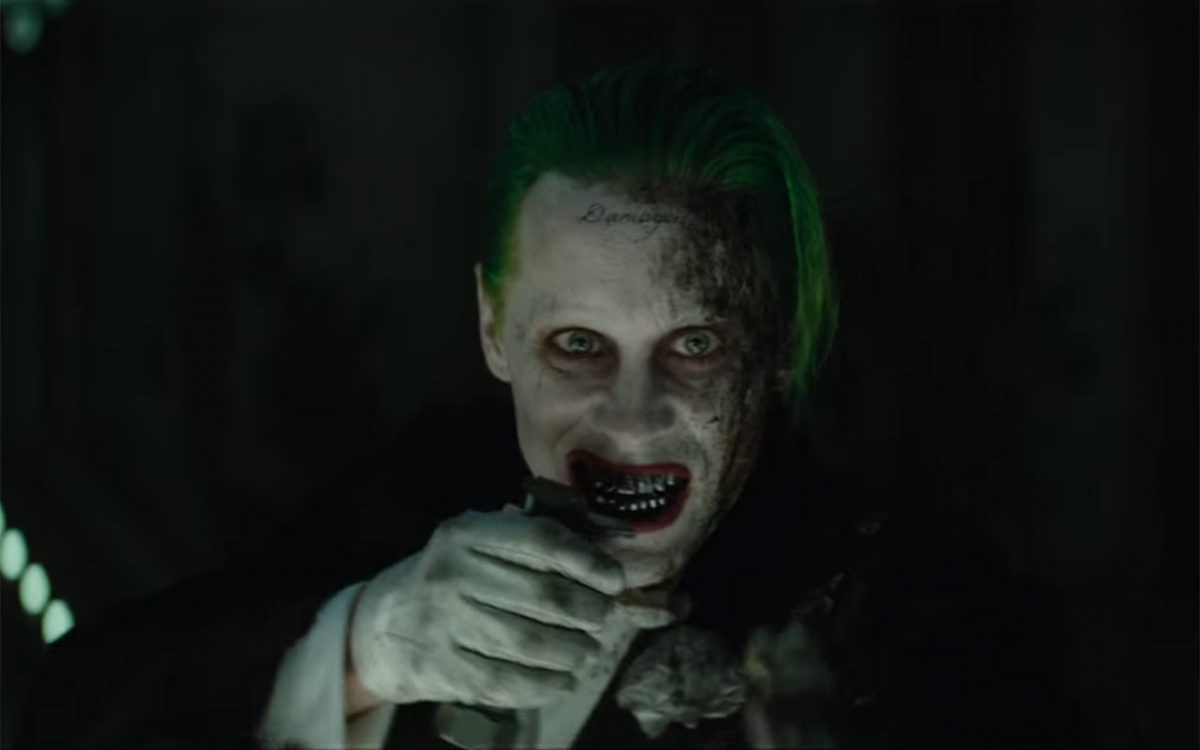 This Movie Is Gonna Hurt Really...Really...Bad Suicide Squad is the hotly anticipated follow up to the disappointing debut of Batman v. Superman: Dawn of Justice. The film poses a singular question: If Superman was evil, who would be able to stop him? The answer is a group of villains who assemble&hellip;
Suicide Squad Review
Suicide Squad Review
Brian Maya

Much like Harley Quinn and Joker's relationship, Suicide Squad successfully presents another conundrum into the DCEU bordering on abusive. Its going to be a love/hate relationship with Warner Bros. isn't it?

This Movie Is Gonna Hurt Really…Really…Bad

Suicide Squad is the hotly anticipated follow up to the disappointing debut of Batman v. Superman: Dawn of Justice. The film poses a singular question: If Superman was evil, who would be able to stop him? The answer is a group of villains who assemble to take on the potential meta-human threats throughout the world. The team iconic DC villains like Deadshot, Harley Quinn, Killer Kroc, and much more. They are formed against their will by Amanda Waller, head of A.R.G.U.S, who may be the scariest woman ever.

Similar to Batman v. Superman, this film had so much hype surrounding it. A brand new Joker. The introduction of Harley Quinn. Magic in the DCEU. A film about a team of villains.

Did it live up? In short…no. No it did not. Does that mean Suicide Squad isn’t worth a viewing? No. Let me explain.

The opening scenes of Suicide Squad were some of the best in the entire film. Similar to Guardians of the Galaxy and Avengers, we get to see the origins of each member of the Squad and how they end up in Belle Reve prison. Each opening really amps you up and we get surprise cameos from two of DC’s iconic Justice Leaguers.

Suicide Squad successfully added the “fun” element that is missing from both Man of Steel and Batman v. Superman. The aesthetic is still very dark and grimy, but the characters are loud and unique. Even Amanda Waller is a scary badass. Along with killer music and vibrant music, Suicide Squad is an exhilarating trip.

The Story that Killed

While the character breathed life into the DCEU, the story is where Suicide Squad suffers the most. The simple premise allows room for the characters to share screen time and some truly wonderful moments, but sadly, it felt like the writers didn’t know quite what to do with certain characters. You can say the story revolves heavily around two characters and really distances itself from the rest.

Both Will Smith’s Deadshot and Margot Robbie’s Harley Quinn take the limelight with some very noticeable chemistry. Each character served to elevate the story and both were true standouts I’d like to see more of. Unfortunately, this meant that most of the characters were left out to dry. The most disappointing was the exclusion of Jared Leto’s Joker. While the marketing suggested the Joker would have a big part in the film, Jared Leto’s actual screen time is limited to a series of flashbacks. Even the actor himself has expressed disappointment in recent interviews.

Even though the Joker is barely in the film, Jared Leto really brought something interesting to the table that is worth watching. With Heath Ledger’s Joker still looming in the minds of Batman fans, this Joker may not be everyone’s cup of tea. Still, I felt that Jared Leto’s Joker is more comic book accurate than any previous incarnations of the Clown Prince of Crime. Each flashback scene is incredible and Leto has great chemistry with Harley Quinn.

So you might be asking, “If Joker isn’t the villain, then who is?”. I won’t spoil who ends up taking on the Suicide Squad, but it will probably go down as one of the most flat out awful villains in a comic book film. What makes Christopher Nolan’s The Dark Knight truly great is Batman’s villain, the Joker. Suicide Squad decides to go a different route and it really hurts the films appeal. The lack of a compelling antagonist deflated any chance of Suicide Squad becoming a great DC film.

While I didn’t hate Suicide Squad, its easy to understand why the film has done so poorly with critics. A convoluted plot, lackluster villain, and underutilized characters really puts Suicide Squad on par with Batman v. Superman. Still, Suicide Squad is a step in the right direction for DC and Warner Bros. It manages to give us proper characters, and injects some much needed excitement. Sadly, the final product is a direct reaction to the terrible backlash Batman v. Superman received and could explain why the film feels so incomplete and confusing. I’m really hoping the next film does this universe justice or it may be time for Warner Bros. to cut their loses and reboot the DCU…yet again.

At A Glance: September Movies 2016Watch: The Edge of Seventeen Trailer