When I first heard the Terminator franchise would once again be making a comeback, I was extremely skeptical. Do I love Terminator? Of course! Nothing would make me happier than to see a well executed sequel, but there were two things that made me stunt my zeal: Terminator 3: Rise of the Machines, and Terminator: Salvation. Both films proved to dismantle the once astounding franchise, whose greatness we can attribute to director James Cameron, creator of many wonderfully entertaining films. Although I had my reservations, I decided to watch ‘Arrnald’ and company yet again return for some thrilling action and some wibbly wobbly timey wimey adventures. 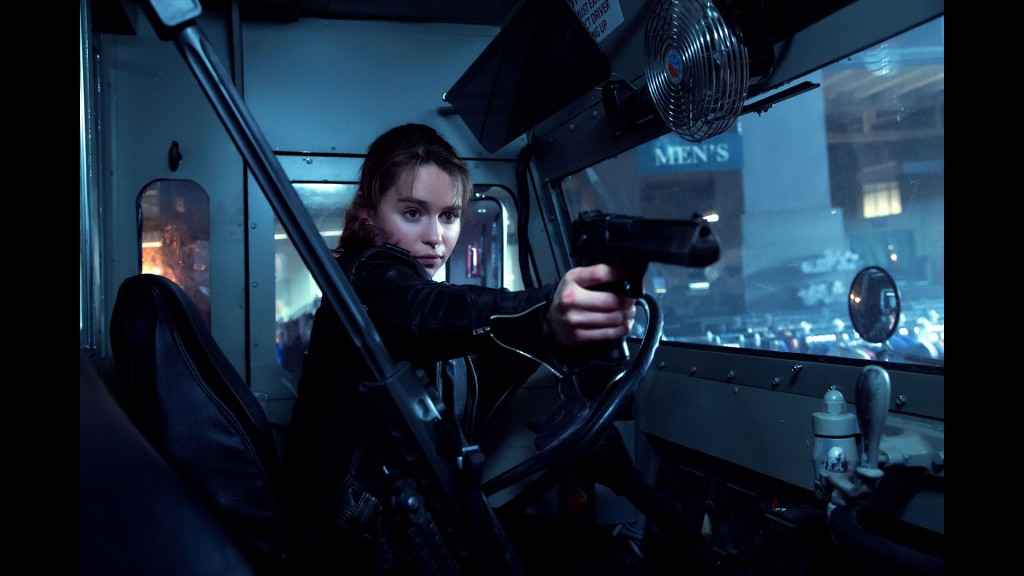 Terminator: Genisys starts at a crucial juncture in the wary war against the machines. John Connor (Jason Clark), leader of the resistance, ushers his troops to take down a major defense grid in order to end the threat of Skynet once and for all. As we have come to expect from this franchise, those sneaky machines always find a way to hit us where it hurts. The shadowy figure of a T-100 enters a Skynet time machine sending him back to destroy Sarah Connor (Emilia Clark) before John Connor and his men can reach it. Kyle Reese (Jai Courtney), volunteers to pursue the T-100 into 1984 where we are met by some familiar sequences. If you have seen the first Terminator, then you might think this is a case of deja vu. Just when you start to familiarize yourself with these scenes ripped almost shot for shot from the first film  in the franchise, we are introduced to a battle-hardened Sarah Connor and her companion Pop, Arnold Schwarzenegger’s T-100 from Terminator 2: Judgement Day. This conveniently aged T-100 was sent deeper into the past by an unknown person to protect Sarah Connor at a young age which explains why she seems to know much more than Kyle Reese does. It is at that point that you realize an alternate timeline has been created sending Sarah Connor, Pop and Kyle Reese on a quest to destroy Skynet before it even existed.

Arnold Still Got It

Terminator: Genisys is far from being a perfect sequel to Terminator 2: Judgement Day, but I found the film entertaining to say the least. The film had many aspects that were reminiscent of the good ol’ days and even added some surprises that kept the film fresh. It felt great reliving some of the most iconic scenes from the first two Terminator films within the first half hour. It was an interesting way to bring you up to speed if you are unfamiliar with the franchise and satisfyingly fun if you are. My favorite was seeing the original T-100 (evil Arney) ready to slaughter some delinquents only for it to be ripped to shreds by Pop (good Arney) who looked pretty awesome with his aged look.

Speaking of Arnold, it was great seeing him return to arguably his most iconic role. The writers spent plenty of time poking fun at his successes and failures, even going as far as to justify Arnold’s involvement in the Terminator franchise. As Pops says: He’s old. But not obsolete. Aside from the obvious aging, you wouldn’t think Arnold is anywhere close to retiring. He brought the same combination of action, humor, and energy we’ve come to expect from him in his role as the Terminator.

New to the franchise are Jason Clarke, Emilia Clarke, and Jai Courtney. Jason Clarke portrays a battle weary John Connor that I absolute loved. I’ve seen Jason Clarke in Dawn of the Planet of the Apes, another successful franchise, and Chicago Code, a show that was sadly cancelled after its first season. He shines in both and continues to do so as John Connor. Emilia Clarke, better known for her role in Game of Thrones, absolutely blew me away as a younger and tougher Sarah Connor. She lit up the screen and made the character her own while successfully portraying Linda Hamilton’s Sarah Connor. The one disappointment was Jai Courtney, who felt flat compared to the performances surrounding him. He failed to capture me the way that the other actors did which saddens me since he will be playing Captain Boomerang in the highly anticipated Suicide Squad movie. I was far more intrigued by the inclusion of J.K. Simmons as Detective O’Brien, and Matt Smith, of Dr. Who fame, as Alex.

A Look Into The Future

Terminator: Genisys really made an effort to offer audiences something new and exciting. While it did successfully surprise me at times, it honestly felt like rehashing plot devices and ideas that have already been used in the same franchise and in others. You don’t have to look to far into the past to see other franchises use the ‘alternate timeline’ idea (I’m looking at you Star Trek). For J J Abram’s Star Trek, it worked incredibly well and I bought it, but for a franchise that is all about time travel and ‘time this’ and ‘time that’ it is getting dated. It didn’t shock me. The one idea that could have taken me by complete surprise was unfortunately spoiled in some of the later trailers for Terminator: Genisys. It almost conveyed a lack of trust in the film to leak vital plot details in the trailer. Listening to Arnold repeat the same lines he used in every other Terminator film felt like a cop out and didn’t add any value to this story. Terminator: Genisys is seriously lacking in the story department, but can we really blame them for attempting to take a finite story and expanding it to as it possibly can? Yes…yes we can, because we are smart viewers who demand quality entertainment. Still ‘A’ for effort. One thing Terminator: Genisys got right was the finale which has already set up a sequel. The franchise took a page out of Marvel’s playbook and added some interesting post credit scenes so be sure to stay until the very end. 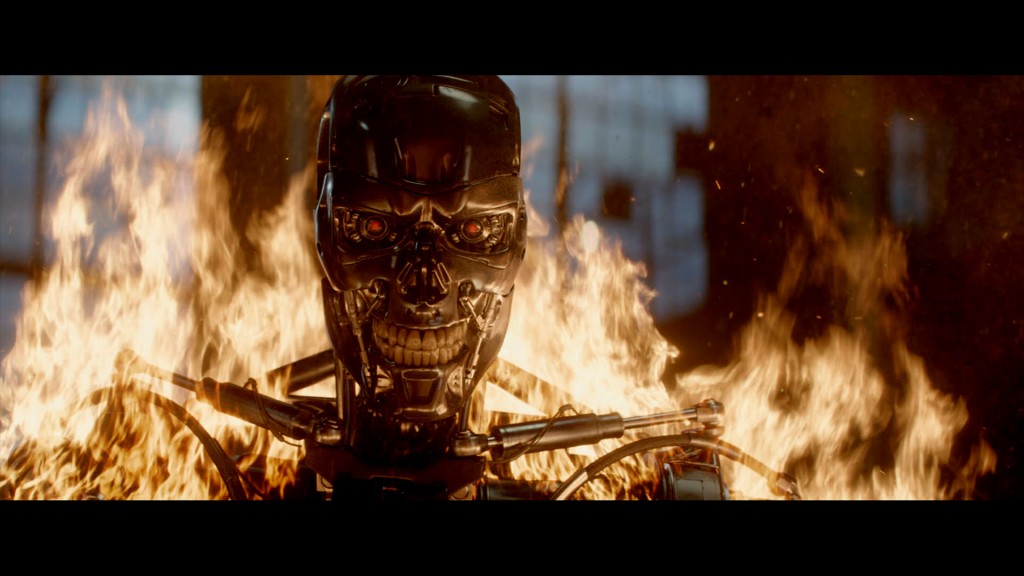 Terminator: Genisys is a definite improvement from the  two clunkers in the franchise and makes an effort to craft something unique. Unfortunately, it gets only half way there and fails to truly differentiate itself from past films. With that being said, I still very much enjoyed the film and recommend you see it at the very least to hear Arnold remind us that “he’ll be back”.

Old. But Not Obsolete.

Terminator Genisys is a definite improvement from the two clunkers in the franchise and makes an effort to craft something unique. Unfortunately, it gets only half way there and fails to truly differentiate itself from past films. With that being said, I still very much enjoyed the film and recommend you see it at the very least to hear Arnold remind us that “he’ll be back”.