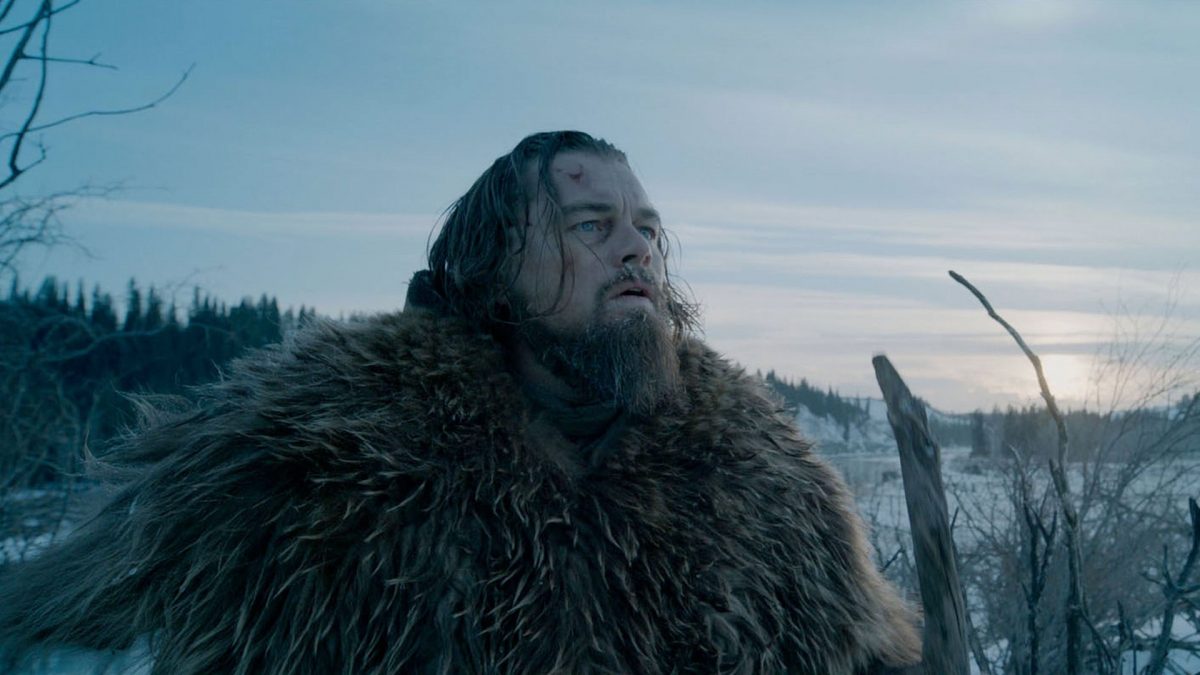 The Revenant, while not a film with a revolutionary plot, is a film that will be remembered for its amazing cinematography and the film that finally netted Leonardo DiCaprio his first Oscar. It’s film that’s a must watch though, even if you only see it once. Go see The Revenant and see what DiCaprio had to do to win his first Oscar!

Alejandro Inarritu is back!

Alejandro Inarritu, director of Birdman, is back in the directorial chair with his new film, The Revenant! The film is based on the expedition of fur trapper, Hugh Glass, in 1823 in what is now Montana and South Dakota. Glass (Leonardo DiCaprio) is left for dead in the wilderness after being attacked by a bear. Against all odds, Glass fights to get back to his team’s base in Fort Kiowa, South Dakota to get revenge on Fitzgerald (Tom Hardy), the man who convinced his hunting team to abandon him.

First off let’s dive into what makes this film a masterpiece: the cinematography. Inarritu went into this project wanting to film under some very difficult criteria, such as filming The Revenant’s scenes in chronological order, utilizing only natural lighting to film, and using minimal CG. Being able to film under conditions that can work against you is extremely impressive! I didn’t know all this until some time after the first trailer was released, and by then, I was already excited to see this film. I liked Birdman and because of that was excited to see Inarritu’s next big film. Despite the problems that arose in the filming/production process, the film turned out to have some phenomenal cinematography and that definitely added to the production value of this film. Hey, The Revenant has garnered 12 Academy Award nominations, some of which include Best Picture, Best Director for Alejandro Inarritu, Best Actor for Leonardo DiCaprio, and Best Supporting Actor for Tom Hardy. Out of those 12 nominations, The Revenant took away 3 wins with Best Director for Alejandro Inarritu, Best Actor for Leonardo DiCaprio (he did it!), and Best Cinematography for Emmanuel Lubezki. It should also be noted that Leonardo DiCaprio already won a Golden Globe for this film.

Not An Amazing Story Though

Now, as much as the production of this film is something to marvel about, The Revenant is not without its flaws. The plot for the film was decent, but the pacing definitely had moments where it dragged on. There were multiple lengthy scenes where you saw Glass trudging through the wilderness. The point of these scenes were to depict what difficult circumstances he had to attempt to survive. It was impressive to see the things Leonardo DiCaprio did in character as Hugh Glass. He scaled difficult environments that are not ideal for human beings to be in and cut open a horse to use its skin as a blanket. However, there are times where it just feels the film is dragging on and there’s no plot progression. It’s due to the nature of this film that there will be scenes that drag on and don’t further the plot. These scenes may feel stagnant and make you want to press the “fast forward” button.

But There Is Amazing Talent

The film’s strength lie in its production value and its talent. Having Alejandro Inarritu as director is already a plus, especially with the awards he won last year for Birdman. Having Leonardo DiCaprio and Tom Hardy as the two leading roles in this film makes it even better. Since DiCaprio is such a strong actor, it makes the scenes he’s in that drag on easier to watch since he’s putting his all his performance. Tom Hardy as an antagonist is a pleasant addition. Both these actors gave stellar performances for their characters. One other actor I feel who also deserves to be mentioned is Domhnall Gleeson. He doesn’t have a major part in this film, but his acting is pretty good. Gleeson is an actor that’s slowly rising in Hollywood with his latest outings being Ex Machina, Brooklyn, Star Wars: The Force Awakens (VII), and now The Revenant. He also is now in the process of filming Star Wars: Episode VIII, so we’ll only be seeing more of him to come.

The Revenant, while not a film with a revolutionary plot, is a film that will be remembered for its amazing cinematography and the film that finally netted Leonardo DiCaprio his first Oscar. It’s film that’s a must watch though, even if you only see it once. Go see The Revenant and see what DiCaprio had to do to win his first Oscar!

The Revenant is available on Blu-ray April 19th.
View the trailer below or click the link!