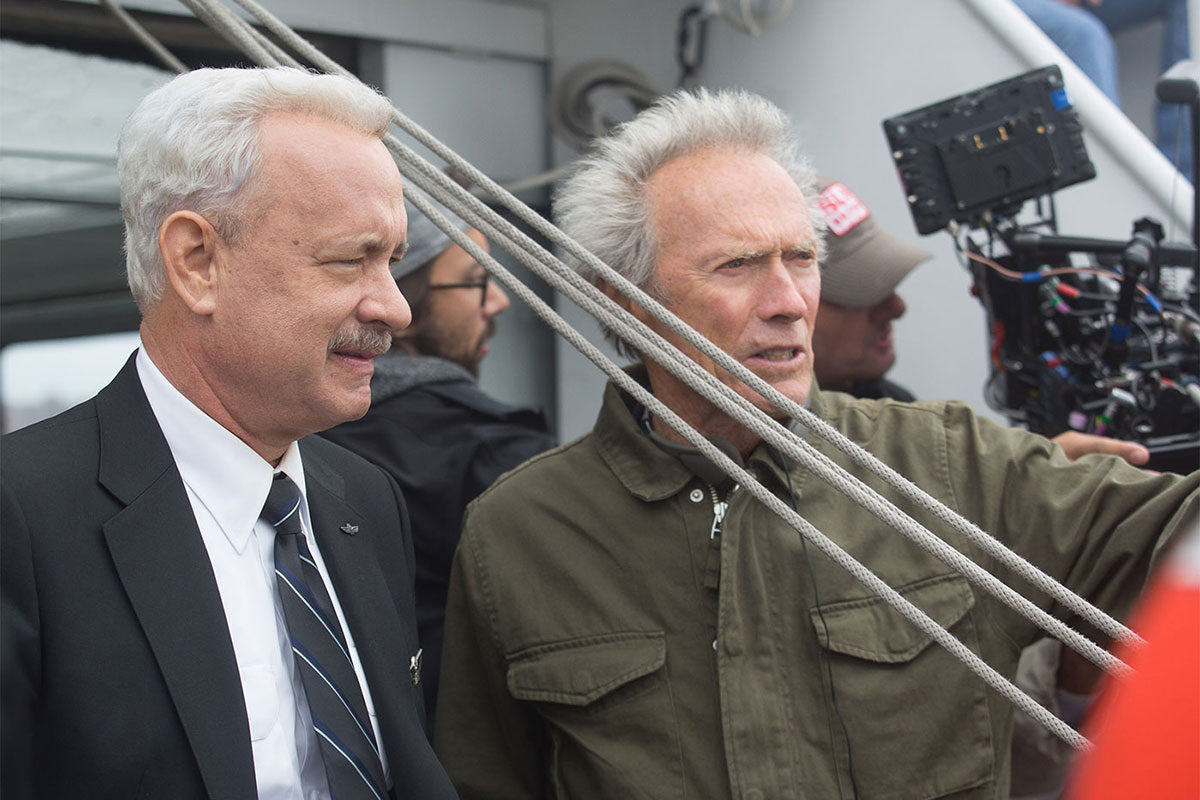 Sully’s Story Debuts on the Big Screen Clint Eastwood returns to the directorial chair with Sully. Based on the real life events and Sully’s autobiography, Highest Duty, Sully reflects on the events of January 2009, when Captain Chesley “Sully” Sullenberger made an emergency landing of a commuter jet onto the Hudson&hellip;
Tom Hanks Soars In Sully Review
Tom Hanks Soars In Sully Review
Brian Maya

All in all, Sully was an enjoyable film and I definitely recommend that you see this film when you can, despite my complaint about the low risk factor in this drama.

Clint Eastwood returns to the directorial chair with Sully. Based on the real life events and Sully’s autobiography, Highest Duty, Sully reflects on the events of January 2009, when Captain Chesley “Sully” Sullenberger made an emergency landing of a commuter jet onto the Hudson River.

The film follows Sully (Tom Hanks) in the aftermath of the landing, when the National Transportation Safety Board (NTSB) is investigating the incident. As Sully copes emotionally and mentally with the aftermath of the landing, the NTSB is investigating whether Sully made the right call to land in the Hudson River. As such a feat endangered the lives of all the passengers and crew on that plane, the NTSB seeks to find out whether Sully could have made it back to a nearby airport, rather than risk everyone’s lives by making the landing on the Hudson River. Should he be in the wrong, Sully risks the chance of losing his license to fly and be forced into retirement with no pension.

Worse, he’ll be seen in the public eye as the pilot who made the wrong decision and be judged upon the 208 seconds of this incident compared to the many successful flights he’s flown. Will one wrong incident cost Sully his successful career?

Sully is a film I looked forward to seeing and enjoyed every much. The story was strong and well written. It made sense from beginning to end, but my main criticism here is that it didn’t feel like the risk level in this film was very high.

Sully pitched itself as a film that sought to dramatize itself through the idea of whether Sully would make it out of this investigation unscathed. I don’t know the finer details about the event this film is based off of, but in the time and years following the crash, I never really heard anything news related that was negative about Sully himself, or the passengers aboard the flight.

My thought was that everything was mostly resolved, and it would be an incident and story to be remembered by many people down the road, that ended on a surprisingly positive note. Given that, I’m not surprised that the film came off as a drama with low risk, where you never really felt Sully was in any form of danger that he couldn’t get out of. There was the obvious risk of him being found guilty of making the wrong decision in landing in the Hudson, but I never really thought too much that the film would end on a sour note.

This film is based off a true story, obviously, and if the facts in real life tell the situation ended well, then Sully, the film, would most likely end on a good note too. I won’t say much else to spoil the film, but having said all that, Sully managed to hold itself pretty well by cutting back and forth between past and present, where the past showed the landing itself, and the present focused on the investigation.

The scenes of the crash were done really well, at least from watching it in IMAX. I did manage to feel somewhat on the edge of my seat seeing the motions of the crash, and what went down from the minute the plane started malfunctioning to the end as passengers and crew were being rescued.

Despite the low risk factor throughout the film, I did also feel some tension during the investigation and that helped to keep me engaged in watching this film. Sully definitely puts effort into getting its audience engaged in the subject matter and I can definitely appreciate this effort. If anything, the subject matter perhaps didn’t give a lot of story content to delve into that makes you feel like there’s a higher risk to the situation. Having a masterful director, like Clint Eastwood, involved in Sully is clearly shown here as the film comes off with heart and soul put into it.

Sully also benefited from strong performances from Tom Hanks taking on the character of Sully and Aaron Eckhart as First Officer Jeff Skiles. Each played their roles really well and also added to the engagement factor for this film. Without actors of their calibers, the film could have fallen through and may not have been as engaging to the audience.

Tom Hanks did a fantastic job of portraying Sully, a pilot ridden with anxiety and PTSD. An incident as such in the moment and immediate aftermath would definitely have an effect on the person who is in the center of it. Sully was the one who made the decision to land the plane in the water rather than risk flying to a nearby airport and possibly crashing, and killing everyone on board. He does an excellent job of showing the thoughts going on in his head, and a man who’s worn out by this investigation. The anxiety would kill me if I was in the middle of such a situation. Tom Hanks made you feel like you were in his shoes and that you were feeling the anxiety and paranoia he felt of whether he could have done more in the situation, and what would become of him after this investigation.

Aaron Eckhart did a fantastic job too of showing Jeff Skiles and what he was going through as the first officer who assisted Sully during the landing. Now he too faces the possible danger of losing his career, and you could see that well throughout Sully. The film focuses more on Sully, being that this film is called Sully, but Aaron Eckhart’s performance should definitely not be minimized. He showed Skiles’ anxiety and angst as well as how much he reassured Sully that they did the best they could with what the situation presented. Both Tom Hanks and Aaron Eckhart brought their A games in Sully.

Definitely see Sully (in IMAX, If You Can)

All in all, Sully was an enjoyable film and I definitely recommend that you see this film when you can, despite my complaint about the low risk factor in this drama. You still have a great story in a film helmed by a great director. Clint Eastwood did a really good job directing this film. You also have A-list talent bringing their A games in the form of Tom Hanks and Aaron Eckhart. I will leave this piece of advice should you choose to see Sully. Go see it in IMAX. I don’t know what it’s like in a non-IMAX format, but despite this not being an action film, a film genre appropriate for seeing in IMAX, Sully is actually a film where you can benefit from seeing in such a format. Scenes of the plane landing and the thoughts in Sully’s head where he imagines the plane crashing, and exploding, should he have decided to go the airport route, feels more surreal in IMAX than seeing it in a regular format. But yes, definitely go see this film, and if you can see it in IMAX, go see it in that format too!

If you are interested in hearing Brian & Olga’s thoughts on Sully, check out Episode 3 of the Dim The Lights Podcast.