5 Reasons We Are Pumped For The Return Of Jason Bourne 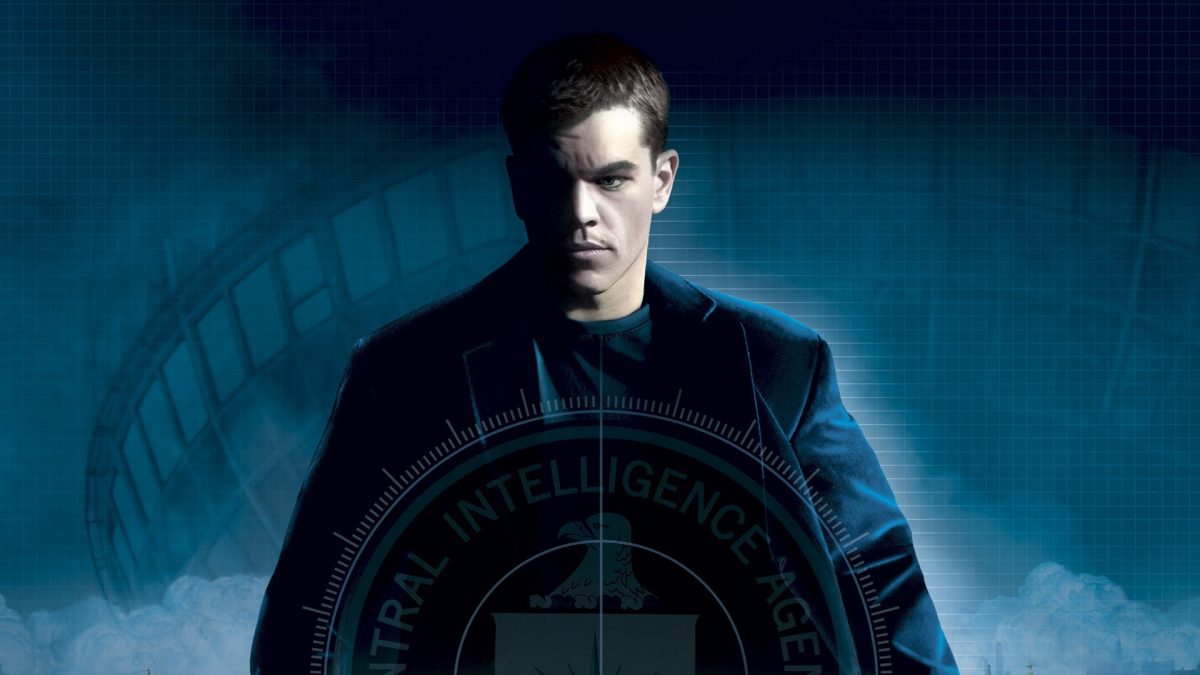 After plenty of back and forth about the status of the latest installment in the Bourne series, we finally have confirmation that  Matt Damon  will be reprising his role as the lethal Jason Bourne. The proof? Well, this tweet posted by film producer, Frank Marshall pretty much says it all.

First day of principal photography complete and happy to report, BOURNE is back! #Bourne2016 pic.twitter.com/ncIILnGKWr

Thats right ladies and gents, Matt Damon looks ready to unleash a hail storm of pain on anyone who gets in his way. As a fan of the series, this is pretty exciting news for a blockbuster franchise that hit a major speed bump in the  Jeremy Renner led The Bourne Legacy. The film wasn’t terrible, but it didn’t hit the high notes that the series perfected with Matt Damon leading the charge. That is why I’ve assembled 5 reasons why you should be excited for the return of Matt Damon to the 5th installment of the Bourne series.

We will start with the probably the most obvious fact: Matt Damon’s return to the Bourne series. After 8 years and a slight detour with Jeremy Renner, it is relieving to see Matt Damon on board for a 5th film. He brought such a poignancy to the character that was missing in The Bourne Legacy. It made Jason Bourne human, and urged you to cheer him on as he struggled to discover who he was. Matt Damon’s portrayal wasn’t flashy or slick. It was grounded and real which helped audiences believe all the insane stunts that were being pulled. Matt Damon not only played a likable protagonist, but also handled all the action sequences as well. It is this pairing of humanity and spy skills that makes Jason Bourne more relatable than say a James Bond. It is more in keeping with Mission Impossible‘s Ethan Hunt. This same vulnerability and humanity is found in Jason Bourne which Matt Damon portrays to perfection.

One of the reasons Matt Damon refused to sign onto a 5th installment in the Bourne series is because he was adamant about working with director Paul Greengrass, who did an excellent job with The Bourne Surpemacy and The Bourne Ultimatum. The film gods have truly shined upon us, because Paul is also returning to the series in the director’s chair. His contributions were definitely the strongest in the series and his absence was extremely noticeable. Having Paul Greengrass back ensures a better chance at digging the series out of the grave.

Along the same thread, there is great story potential for the Bourne series. The Bourne Ultimatum ended a three film arc of  Jason Bourne discovering who he was before he acquired amnesia. Now that Jason Bourne has discovered the truth, this opens the door wide open for fresh and exciting storylines. Jason Bourne is similar to James Bond in that he has a wealth of written material to mine from. I haven’t read the books, but I am positive there are some great plots just ripe for the big screen. If the fifth film does well financially and critically it could mean a new trilogy and possibly the return of Aaron Cross. 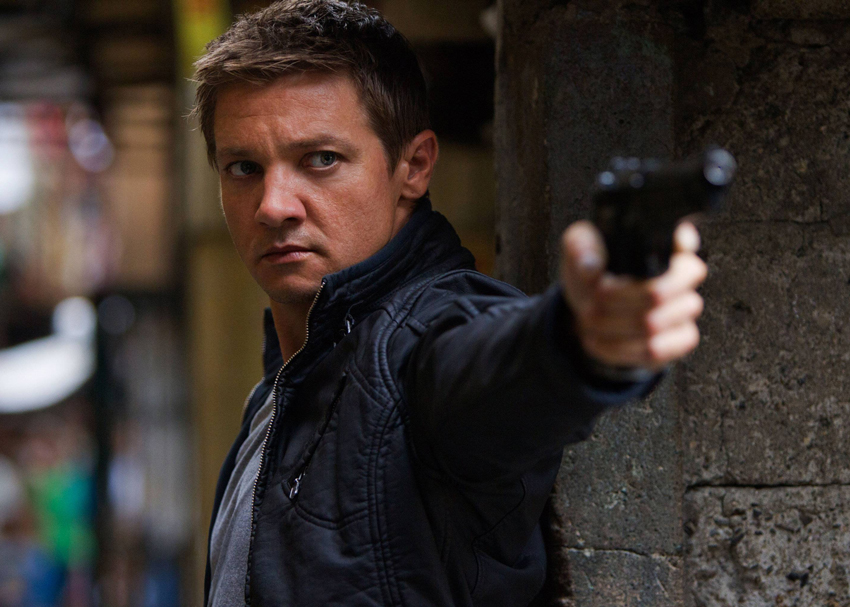 Jeremy Renner stars in the less impressive The Bourne Legacy.

It remains to be seen what will happen with the Jeremy Renner’s Aaron Cross in the Bourne spin-off, The Bourne Legacy. The film is definitely the weakest in the series and fell flat in the box office, earning almost half of its predecessor, The Bourne Ultimatum. In a market saturated with Marvel and D.C. comic crossovers, it would make sense for other franchises like Bourne to capitalize on the crossover hype. Imagine a storyline where Jason Bourne and Aaron Cross meet? The two face off against one another only to find some mutually beneficial reason to team up against a greater threat (a la Batman v. Superman). Jeremy Renner is a great actor, but I find him much more appealing in small doses. I absolutely love the characters he plays in films like American Hustle, and Avengers: Age of Ultron. In each of those films, he is a support character, and a really good one! For some reason, he just hasn’t shown he is leading man ready. As a fan, I really do hope he gets there, but until then I rather see Matt Damon take the spotlight.

Aside from a few surprise hits like The Kingsmen, (which you can read more about here), the spy thriller is primarily dominated by Mission Impossible (one of the summer’s best films) and 007. The fresh slate gives the already critically acclaimed Bourne series, another chance to etch its place among the great spy flicks. The Bourne series definitely has its own flavor of spy thriller and diversity is always a good things for film fans like us, especially when they are as entertaining as Bourne. 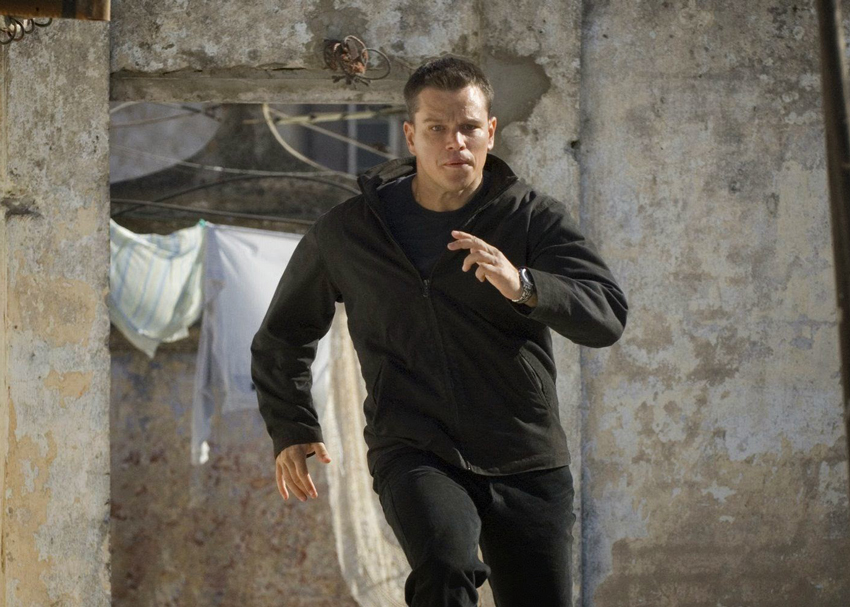 Excited for the return of Jason Bourne?

With Matt Damon once again leading the franchise, the Bourne series has some fresh legs to kick down doors, break knee caps, and do more of those great stunts we all know and love. Of the Bourne films, which was your favorite? Do you prefer the 007 or Mission Impossible franchises? Let us know what you think in the comments below!