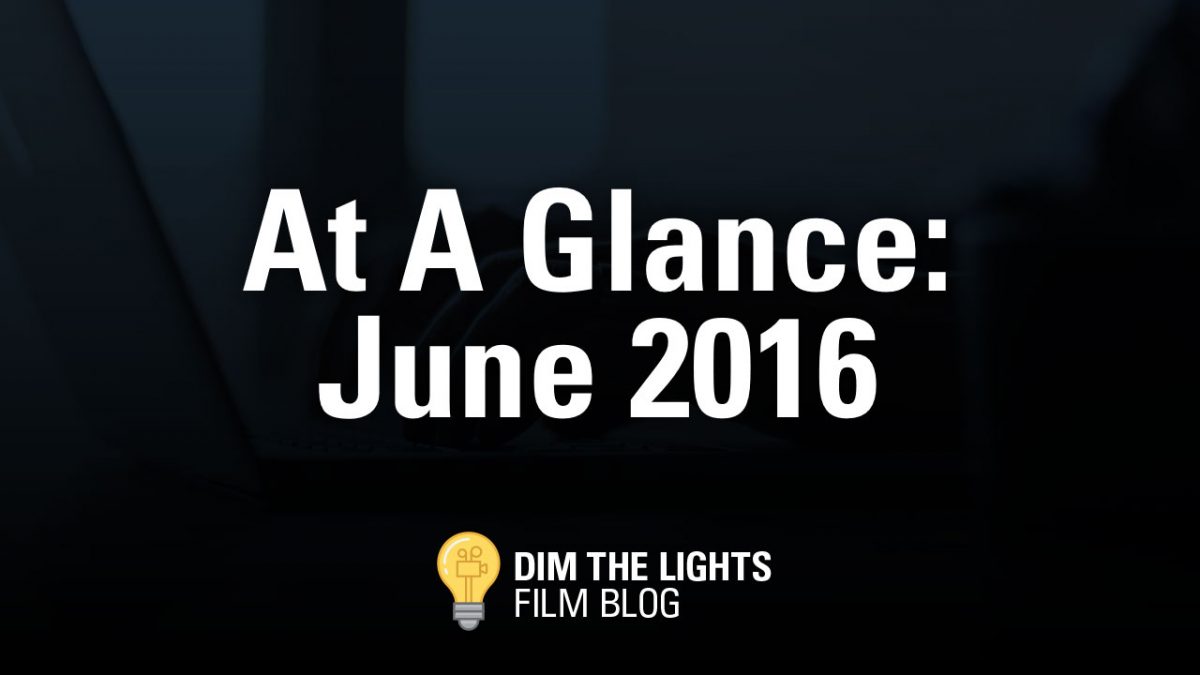 Teenage Mutant Ninja Turtles: Out of the Shadows

For all you Ninja Turtles fans out there, get ready for the follow up sequel to the first movie Teenage Mutant Ninja Turtles: Out of the Shadows. There were mixed reviews and reactions over the first film and how it didn’t quite honor the source material, but based on the trailer footage, it would seem the cast and crew behind this second movie listened to the fans. The result is a film that looks to emulate the source material and bring in famous characters that true TMNT fans will recognize. I don’t really keep up with Ninja Turtles, but I know the cartoons have a huge fanbase.

The Four Horsemen return for this follow up sequel to perform more awesome magic for the stage! J. Daniel Atlas, Merritt McKinney, and Jack Wilder are back with their ringleader Dylan Rhodes. Henley Reeves won’t be returning for this sequel due to the actress who plays her, Isla Fisher, being pregnant during the time this film was in production, so newcomer Lula, played by Lizzy Kaplan, will take her role as the last of the Four Horsemen. With the Four Horsemen back on stage also comes a wrinkle in whatever they have planned for the future.

From the looks of things Thaddeus Bradley wants revenge for the Four Horsemen framing and putting him in jail in the last movie. It would seem he’s recruited a tech magnate, Walter Mabry, to help plot out his revenge scheme. In what would seem to be described as a “sleight of hand” move pulled on the Four Horsemen, Walter Mabry “kidnaps” the Four Horsemen and forces them to pull off a heist to steal a computer chip, that can hack into any computer system in the world, for himself. With the tables turned on the Four Horsemen they need to find a way to get their hand back on top in this game Bradley and Mabry has started and show them, in the end, who’s truly on top. Arthur Tressler also returns in this film, but based on the footage showcased so far, his role is unknown.

It’s likely though he may be on the revenge train with Bradley given that the Four Horsemen pulled a fast one on him in the last movie as well, exposing that his insurance company was responsible for taking advantage of its customers financially. Man it seems the Four Horsemen are racking up enemies. Let’s see what magic awaits when this film comes out!

The big blockbuster based on the video game, World of Warcraft, is coming to theaters this month. I’m not a fan of World of Warcraft, and so I don’t know the most about this game and the world in it, but I do know it’s a movie most World of Warcraft fans are looking forward to. The plot surrounds two species: humans and orcs. The world of the orcs, Draenor, is dying and the orcs seek to go through a portal that leads to the kingdom of Azeroth, the world of the humans, and colonize that land to survive. Through this attempt the kingdom of Azeroth now stands on the brink of war, with one army coming to extinction if they do not find a new home and the other facing destruction from the former. However, two heroes from each community will set aside their differences and work together to save both their species without bringing about a war that neither species will be able to come back from.

The sequel to Finding Nemo arrives this month! This time around it’ll center around Dory and the quest to find her parents. Six months after the events of the first film we find out Dory suffers from short-term memory loss, and in the process of remembering various things she forgot Dory suddenly remembers her parents. From here Dory embarks upon a quest with Nemo and Marlin to find her parents and the place she calls home. Her journey takes her to the Monterey Marine Life Institute, where she meets some new friends: Bailey, a white beluga whale; Destiny, a whale shark; and Hank, an octopus who becomes her guide. I’m not sure about the latter two characters, but it would seem Bailey seems to know Dory pretty well, and is acquainted with her short-term memory. This film looks to be just as good, if not better, than the first. I trust Pixar knows what they’re doing. Based on the trailer footage and information we know about the film so far, it’s safe to say that the theme of this film seems to be about having family and the importance of family in general. I’m sure many who’ve seen the trailer footage already is looking forward to what this film has in store for them. I don’t know about you, but one thing that’s on my mind, if it’s not also on yours, is where will this story go if Dory finds her parents. By that I mean, will our trio of friends, Marlin, Nemo, and Dory, go their separate ways? It will be sad if that happens, but best not to get ahead of ourselves. Let’s wait and see what this film has in store for us!

Two decades after the attack in the first film, the aliens are back with a vengeance. Earth seeks to recover and rebuild. In bolstering the planet’s defenses, the United Nations creates the Earth Space Defense (ESD). The ESD is Earth’s early warning system in the case of another alien attack. It also happens to be the main defense Earth has against future extraterrestrial attacks, using salvaged technology left behind by the aliens to strengthen the planet’s offensive and defensive measures. Despite all these countermeasures developed, the aliens are ready to take another heavy hit on Earth. It’s discovered that the aliens made contact with their other fleets and sent a distress signal before their defeat. Until now they’ve been hiding out on Earth, waiting for more troops to comes and lead the second attack. This time they seem to have a much bigger ship, and they have a weapon that comes in the form of a deadly gravitational machine. Will Earth survive a second extraterrestrial attack? Will characters, new and old, come out of this as the victors again? We’ll find out later this month.