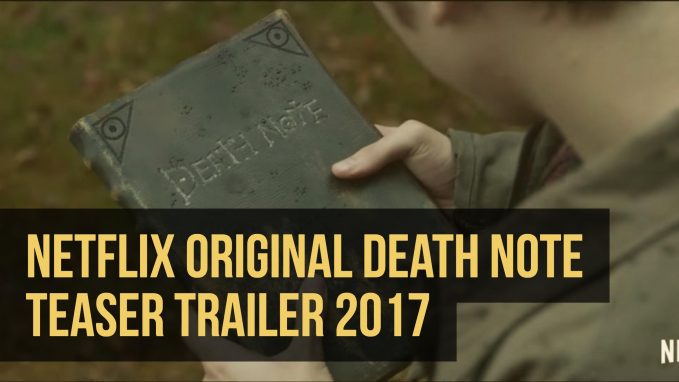 Earlier today, Netflix dropped a doozy of a teaser trailer with the official release of the Netflix Original Death Note.

Death Note is a highly popular manga and 2003 anime series written by Tsugami Ohba and illustrated by Takeshi Obata. It tells the story of teenage highschooler Light Yagami, who discovers a supernatural notebook that grants the user the ability to kill anyone whose face and name he knows. Consumed by the power of the deadly book, Light begins a crusade against evil in order to rule the world as a benevolent human god. Reclusive detective “L” attempts to thwart Light’s ambitions in a deadly game of cat and mouse.

This live-action adaptation looks to be in good hands with a director like Adam Wingard. Wingard has ample experience with horror elements and can really bring a grounded version of the popular anime series. During an interview, Adam said “…Anime are due for the same treatment that comics got when Nolan did ‘Batman’”. Judging by Nolan’s success with The Dark Knight, Adam seems to be headed in the right direct. This brand new teaser trailer is proof of that.

Shall we begin? #DeathNote pic.twitter.com/fEd12Gm32c

Death Note is one of my favorite anime series of all time. It is extremely dark and deals with the ideas of death, power, and god. All the characters in Death Note are unique and Light is one of the most interesting protagonists as he embarks on an “Anakin Skywalker” path from light to darkness. I see Death Note with elements of Shakespearian narrative that bring a creative edge to this anime drama.

The Netflix Original Death Note teaser trailer is sure to get any fan of the series amped up for more!