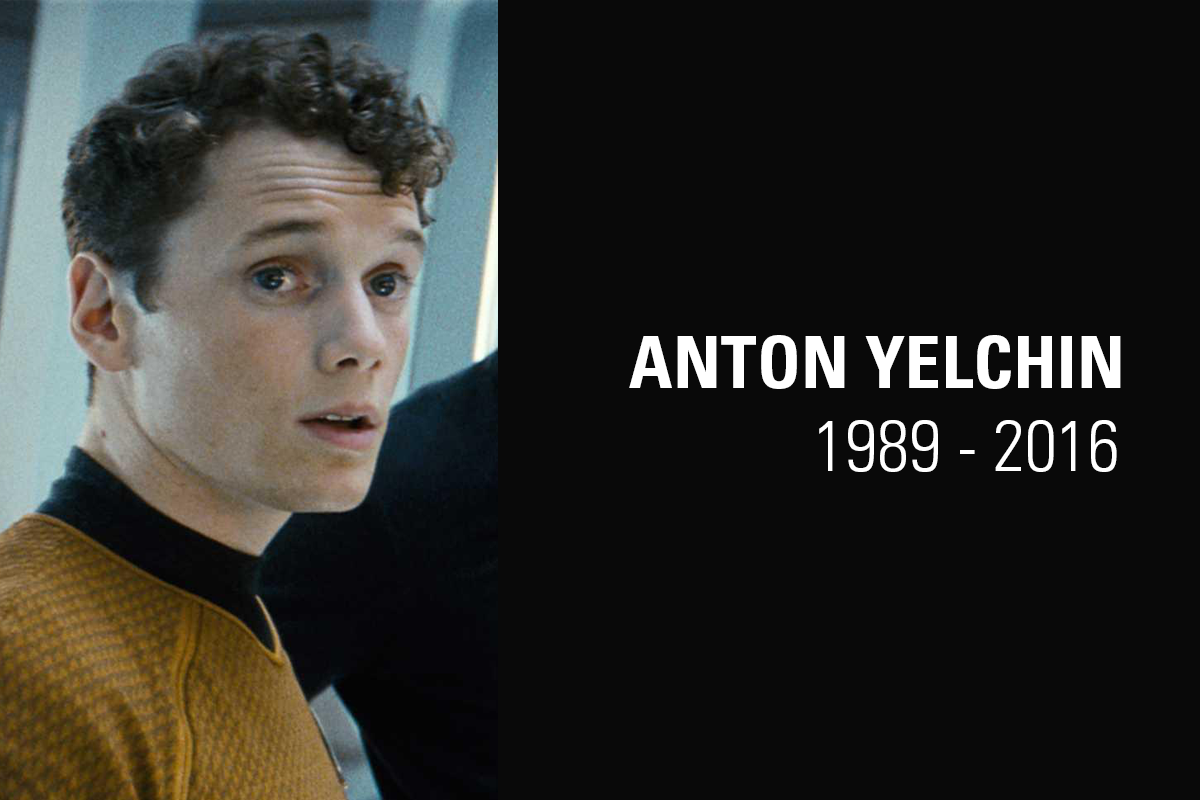 Early this morning Star Trek actor, Anton Yelchin, was found dead in front of his Los Angeles home. The shocking news comes about a month before the debut of the third installment in the rebooted Star Trek franchise.

Anton, 27 years old, was found by his friends earlier today. He was supposed to meet with them for a rehearsal when the unimaginable happened. Anton found himself pinned between his car and the driveway security gate, leading to his death. Police suspect that the car had been left in neutral accidentally and the car slid down the steep driveway.

Although Anton Yelchin was best known for his role as Chekov in Star Trek, he had many memorable roles in Charlie Bartlett and Alpha Dog. Many celebrities, including J.J. Abrams and the cast of Star Trek, mourned the loss of Anton through social media channels.

I remember one of my favorite characters in J. J. Abrams Star Trek reboot was Pavel Chekov. There is one scene in particular when Chekov was manning the U.S.S Enterprise for the first time. He gets on the intercom and attempts to say the word “Victor” in a very harsh Russian accent. I remember how the scene played out and what a joy the character was to watch on screen.

When I initially heard the news, I thought it would be something similar to Paul Walker’s tragic passing, involving a speeding vehicle. My heart dropped when I heard the freakish details of how Anton Yelchin passed away. It is never easy to see someone leave us at such a young age in such a horrible way.

We extend our prayers to the Yelchin family and friends during this difficult season.
-Brian, Allan, and Olga

At A Glance: June 2016The Nice Guys Review