Home » The Spectrum » Opinions » 5 Most Incredible Moments in John Wick

5 Most Incredible Moments in John Wick 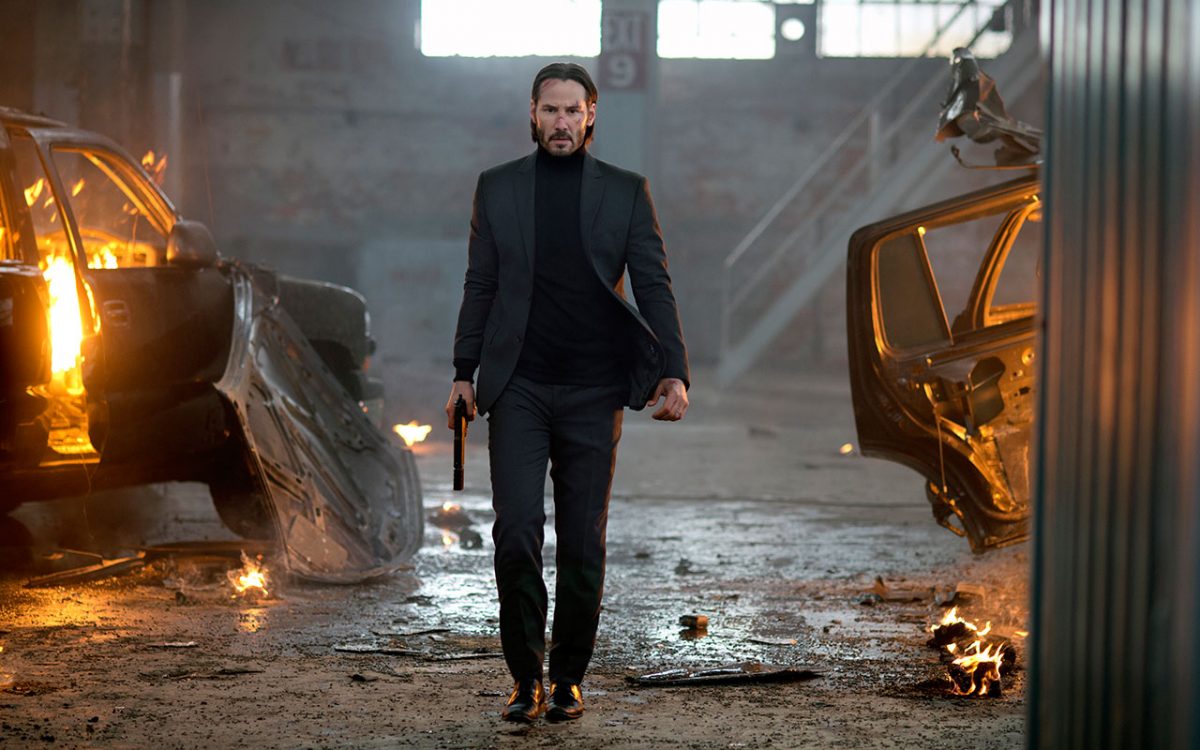 Recently it was revealed that the slick and stylish revenge thriller John Wick would be receiving a well-earned sequel after being one of 2014’s sleeper-hits. The film is gearing up for a 2016 release with some of the original cast returning as well as the introduction of some new faces. John Wick was one of my most beloved films of 2014. I bought the blu-ray and have rewatched the film several times after it left theaters.

What made John Wick special was how it treated a mostly linear story. The plot wasn’t ground-breaking, but the film took this opportunity to enhance other aspects and did it successfully without taking itself too seriously. The basic premise follows John Wick, an ex-assassin, who has recently lost his wife to a long battle with a terminal illness. John’s wife sends him a parting gift post-mortem: the cutest puppy a killer could ever own. In John’s words, the puppy allows him to “grieve unalone”. Sadly, the gift is short-lived when a crime boss’ son, Iosef Tarasov, kills John’s puppy and steals John’s Mustang just because he can. Fueled with anger, John digs up his forgotten gear and sets out on a quest for glorious vengeance. Along the way, we learn of John’s legendary status as a hitman (The Baba Yaga) and the underworld he left behind.

John Wick is the perfect escapism film, filled with top-notch fight choreography, spectacular set pieces, fun world-building, and a return to form for actor Keanu Reeves. With John Wick 2 (Unofficial Title) welcoming the return of the legendary assassin, I’d like to recount the Top 5 Most Incredible Moments From John Wick.

When Iosef tells his father, Viggo, about his recent accomplishments (killing puppies and stealing cars), Viggo calls John Wick to reason with him. Unfortunately for Viggo and Iosef, John isn’t one to back down. Seeing no alternatives, Viggo sends men to kill John Wick at his home. John Wick anticipates the attack and proceeds to violently take down each masked intruder in stylish fashion. He then contacts an old friend and makes dinner reservations, assassin code for the disposing of corpses. John Wick is chalk full of epic fatalities, but this scene gives the audience their first glimpse at what the “Boogeyman” is capable of. Its so brutal you can’t help but grin ear to ear.

Near the middle of the film, John Wick is unleashed upon Iosef Tarasov, the punk who battered John’s dog. John tracks Iosef down to a night club and stealthily kills every guard as he inches closer to his prey. This is the first real encounter between John and Iosef. When the crew get wise to John’s presence the entire night club explodes in gun fire and sick dubstep. The pivotal scene is John Wick’s entrance into what looks like one of the main dance floors. As Iosef flees the club in panic, John’s brooding silhouette approaches in rhythm with the thumping club music and the mesmerizing display behind him.

An epic entrance for Keanu Reeves

Part of what made John Wick so successful was that it didn’t take itself too seriously. Although the film is violent and graphic, it took the time to weave in some great laughs during some of the more intense scenes. As John continues to pursue Ioseph, he runs into plenty of resistance. John easily mows down everyone with headshot after headshot, however, he runs into a bit a trouble when he runs out of ammo. He throat punches his adversary with his pistol and proceeds to quickly reload the weapon as the man tries to recover. As the man stumbles forward John drops him with precision. This scene made for some great laughs that didn’t work against the intense action sequences. John Wick balances the thrills with plenty of humor.

Near the end of the film, John Wick is captured by Viggo and his thugs. Tied down, John gets a chance to tell Viggo how he really feels about Iosef’s actions. John’s anger comes to a boil when he considers the question of whether he is officially back in the hitman business exclaiming, “I’m Thinking I’m Back!” Not only is this one of the film’s heightened moments, but it also feels very personal for Keanu Reeves, an actor who has dropped off the map in recent years. John Wick‘s great reception may be the redemption that Keanu needed. His acting may never improve, but I’d be lying if I said I wasn’t looking forward to his future roles.

A metaphor for Keanu’s return to epicness

5. Revenge of the Wick

It’s pretty obvious that John Wick will kill Ioseph. I wouldn’t necessarily call this a spoiler since the story of John Wick is pretty straightforward. The kid spends the entire film running and hiding behind guards, depending on his father’s protection. With John’s experience and determination, we all know Ioseph’s fate.

Ioseph may have brought John Wick back from the dead, but I wouldn’t call him the main antagonist. That honor goes to his father, Viggo, who is a much stronger presence as the film’s villain. Late in the movie, Viggo is forced to give up Ioseph’s safe house. John Wick finds Ioseph, obliterates his crew, and quickly disposes of the punk. The scene plays out simply, but it is the result of immense build up. Watching John Wick confidently walk toward Ioseph and land two shots in his abdomen was extremely satisfying.

John Wick goes down as one of my favorite films of 2014, and I am excited to see the return of the Baba Yaga next year in John Wick 2. Find our review for John Wick here!