5 Reasons Why ’10 Cloverfield Lane’ Is The Modern Twilight Zone 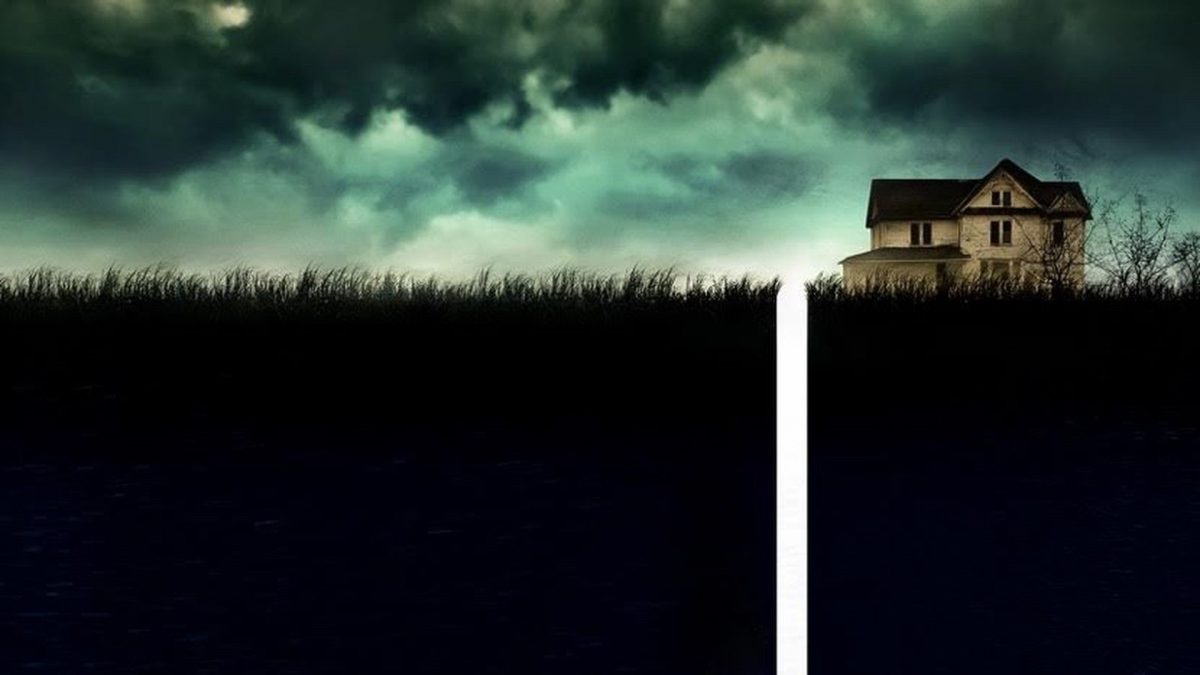 10 Cloverfield Lane was one of my most anticipated films of 2016. I’ve been a long time fan of the original Cloverfield (released back in 2008) and have continued to revisit that film countless times. Its my favorite found-footage film ever! If you have read my non-spoiler review of 10 Cloverfield Lane or have seen the film yourself you know that the film’s connection to the original is extremely loose. Producer J.J. Abrams described the suspense thriller as a ‘blood relative’, meaning the film is not a direct sequel, but can be seen as a spiritual successor to Cloverfield. You may think this is a bad thing, but I believe that this was an extremely creative route for the filmmakers to take. The connection between 10 Cloverfield Lane and the original draws comparisons to the popular Twilight Zone T.V. series. After scavenging the internet, I’m not the only person who thinks that. Here are my 5 Reasons 10 Cloverfield Lane is our generations Twilight Zone. Oh, and SPOILERS. Duh.

As I mentioned earlier, one of the main debates about 10 Cloverfield Lane is whether or not the connective tissue between the original and the sequel is substantial enough to even call the film a “sequel”. 10 Cloverfield Lane was originally titled The Cellar being an entirely grounded suspense thriller, lacking the sci-fi elements familiar to Cloverfield fans. The original script eventually evolved into what we were treated to in theaters after it was purchased by J. J. Abrams and his company, Bad Robot.

I’ve read many complaints about the lack of a connection between the two films. Many even go as far to say they are disappointed by the film for this reason alone. “Where is the Cloverfield Monster?”, they cry in agony. Let me just say this: Where is the thrill in revisiting a film whose strength was its mysterious plot? What made Cloverfield such a strong film was the decision to shroud the project in mystery. From the marketing to the final product you never really get the full picture. I believe that this decision is for the better. It allows fans to speculate and debate among themselves similar to what I’m doing right now. There is no fun in spoiling everything that made Cloverfield such a treat. It would be like the recently announced Han Solo movie deciding to retell some of the anti-hero’s adventures mentioned in the Star Wars canon. Do we REALLY need to witness Han’s Kessel Run? Of course not! Let’s head in a different direction and add to Han’s story rather than rehash things we already know about. Cloverfield is no different! We saw the Cloverfield monster, but honestly, how much further could you continue that thread before it gets stale? The filmmakers cleverly decide to separate the two films enough so they stand alone just like the Twilight Zone episodes of the past.

Although the characters, setting, and plot have all changed between films, the tone of the film is very much alive and well in both Cloverfield and 10 Cloverfield Lane. The Twilight Zone didn’t share any characters between episodes. You were always introduced to new characters, plots, and situations. Was there ever a point where you weren’t sure if you were watching The Twilight Zone? Of course not! You could tell right away. The eery introduction. The opening monologue. The overall spooky nature of each scenario. It’s definitely The Twilight Zone. Cloverfield follows a similar theme. Elements like sounds, camera work, and lighting all create a tone that feels very much like Cloverfield. Props to the sound editing team, because it really does make a difference. The audio alone makes you squirm in your seat. Although many of the elements are completely different, but you still get the sense that this takes place within the same universe. The filmmakers successfully craft a tone that carries throughout each film.

Both Cloverfield and The Twilight Zone carry over elements of science fiction. Whether it be monsters, aliens, or just plain freaky people, the two franchises weave a science fiction overtone to their content. This elements is what adds to the intrigue. Usually the sci-fi is shrouded in mystery and revealed at the very end. I remember watching several nail-biting episodes of The Twilight Zone where you were constantly lead on until the very end. Cloverfield uses this same device to create suspense and intrigue in it’s two films. The first film centered around a monster attacking the city of New York and the second film focused on a mysterious apocalyptic-sized attack. The monster and those responsible for the attack (revealed to be aliens) are not seen until the finale. After the films build up the suspense and anticipation, you finally get the big reveal or J. J. Abrams’ ‘Mystery Box’ concept. Notice that the reveals in both franchises are deeply rooted in some sort of science fiction element no matter how obvious or subtle it may be.

4. A Focus on Character Development

One of the reasons why I believe both Cloverfield films are top-notch is their attention to character development. The original Cloverfield decided to utilize the found-footage style to give us a much more intimate look at our survivors. Before the attack ever occurs we witness intimate moments between characters. The writers cleverly compose each scene to appear unscripted and genuine. It really lends itself to creating believable characters that you relate to. Through the camera lense, we follow each survivor through the chaotic New York streets. The threat is real and you deeply feel remorse when someone dies. The heavy emotional response is all thanks to the strong character development.

10 Cloverfield Lane takes a different approach, but reaches the same spectacular result. We are treated to a more traditional style of filmmaking, abandoning the found-footage concept completely. Still, the 3 characters are placed in a claustrophobic basement forcing them to interact. The setting lends itself to creating natural points of dialogue and gives us a closer look at our leads. The Twilight Zone was almost exclusively centered around character development. It took time each episode to build worlds filled with established characters that you are able to connect with.

If you’ve watched either of the Cloverfield films, you’ll notice how each film ends on a steep cliff hanger. In the original we witness the death of our main characters when the government decides to drop a nuke on New York City. The film ends with their final breath and we never see if the nuclear bomb kills the Cloverfield monster. We are left to speculate whether the attack worked or not. Did the monster survive? We are never offered any sort of answer.

10 Cloverfield Lane also ends on a cliffhanger. Michelle, played by Mary Elizabeth Winstead, eventually discovers that the apocalyptic event that decimates civilization is caused by an alien invasion. After surviving a close encounter and destroying an alien spacecraft, Michelle gets in a rust car and drives off. While listening to an emergency broadcast, she comes to a cross roads and debates which path to take. If she goes in one direction she can find safe harbor. If she goes in the opposite direction, the emergency broadcast informs her of the opportunity to enlist in the resistance. Our battle-hardened heroine naturally decided to run straight into danger electing to join the fight against the invaders. Again, we are left to conclude what happens afterward. Will it be revealed in a sequel? Doubt it.

Almost every episode of The Twilight Zone ends in a similar cliffhanger. There is no sense of finality. We are only offered a glimpse into the lives of these characters, but often don’t see the full picture. The lack of closure is an aspect both franchises have decided to play up. We are essentially dropped in the middle of these characters lives, but they feel like they have a past and a future. It’s called excellent screenwriting.

With the success of 10 Cloverfield Lane, the possibility of another sequel is highly probable. If they do surprise us with another film, I really hope they decide to deliver a Twilight Zone experience. The approach allows the filmmakers to add to the Cloverfield lore without being limited by sequel tie-ins. Each film would be a stand-alone feature continuing in the spirit of the original film. I think it’s an excellent idea, and I truly can’t wait to open my next ‘mystery box’.