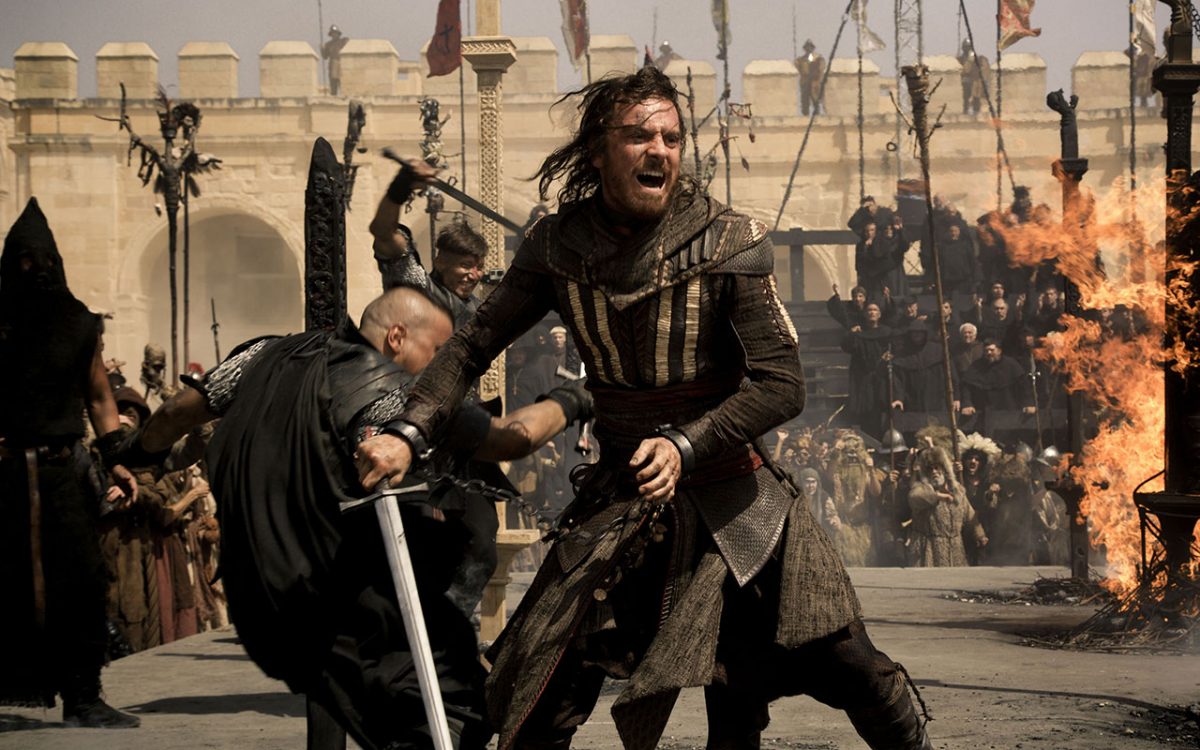 If you are unfamiliar with the video game, Assassin’s Creed is a fictional action-adventure game chronicling the fictional history of real life events and an ancient struggle for peace between Assassins and Templars. While Assassins battle for free will, Templars choose to gain peace through control. These historic events are relived through an advance technology called the Animus, that allows the user to access their ancestor’s genetic memories. These genetic memories are the key to reliving events that span everything from the Renaissance Italy to the French Revolution. 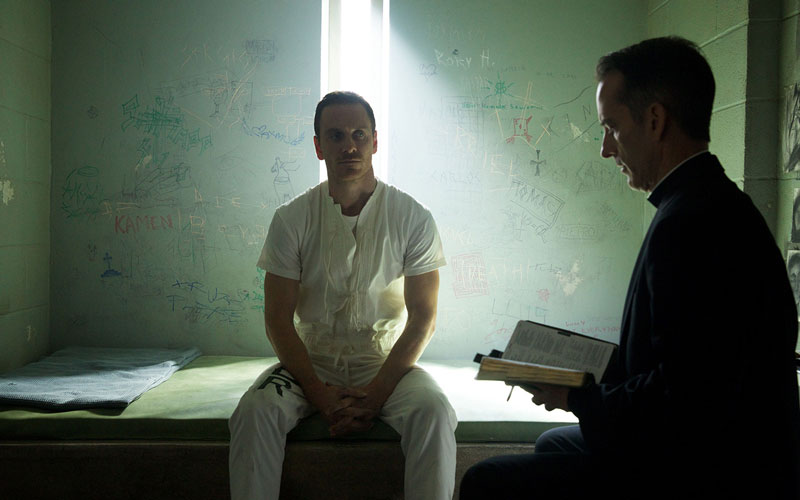 Callum spends time with a priest in Assassin’s Creed

The Assassin’s Creed trailer boasts a brand new story inspired by the hit video game series featuring a new protagonist named Callum Lynch (Michael Fassbender). Callum is a prisoner who is forcefully placed in the Animus in order to extract his ancestor’s memories. Callum experiences the genetic memories of his ancestor Aguilar in 15th Century Spain. By reliving Aguilar’s memories, Callum amasses incredible knowledge and skills to take on the oppressive and powerful Templar organization in the present day.

My Love For Assassin’s Creed

One of my many fandoms is the Assassin’s Creed franchise. I own every game, and have read up on everything related to the game. Words cannot describe how excited I am for this film. However, words are all I have right now to express myself without squealing to the point of shear embarrassment.

Assassin’s Creed is the perfect union of my love for video games and my love for history. It is the one series that allows you to relive some of humanities most incredible time periods. You can charge into battle during the American Revolution, or explore London’s industrial boom. The game developer’s at Ubisoft amaze with every new title, building larger sandboxes to explore. The level of detail they pour into each time period is outstanding. 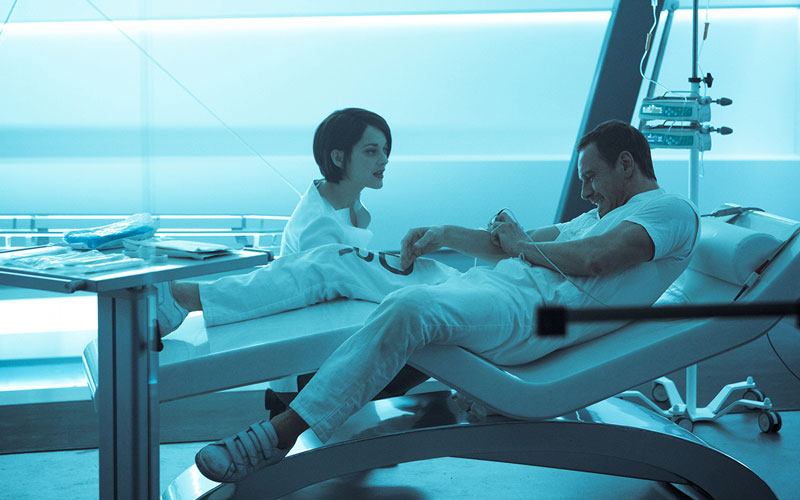 Not only do you get to relive these events but you also play a crucial role in how history is written. Assassinating key targets, helping certain sides, and using your powers of deception to influence others sways events in this fictional history. One of my favorite storylines within one of the games explored what would happen if George Washington became a king instead of a president. Simply put, the man becomes corrupt and you have to jab a knife in his chest.

Assassin’s Creed is one of the most satisfying and defining game franchises of the current-gen consoles. The creators of the series will look to bring the same magic to the big screen.

Believe In The Creed

The premise of the franchise can come across as extremely confusing. Thankfully, the first Assassin’s Creed trailer does an excellent job at briefly covering the basis of the series for those new to the Creed. The trailer manages to stay true to the game and translates the modern and ancient settings with incredible detail. The lead, Michael Fassbender, is a phenomenal talent who will invigorate the protagonist with charisma and emotional nuance. His action and parkour scenes look incredible. He will be joined by Marion Cottillard and Jeremy Irons, two fine supporting actors with great filmography.

Assassin’s Creed may very well be the first GOOD, video game adaptation. We’ve had plenty, most of them being horrible. Depending on how the film does, it may open up a resurgence of gaming properties that we have already seen start. Ratchet & Clank, just released in theaters not too long ago. Alicia Vikander was cast as the new Lara Croft in the Tomb Raider reboot. We are even getting a Sly Cooper film. SLY COOPER GUYS!

It’s a great time to be a gamer! Hopefully, Assassin’s Creed delivers a sharp experience for casual and diehard fans alike.