Along with a crazy Captain Underpants trailer, we also have an official synopsis: 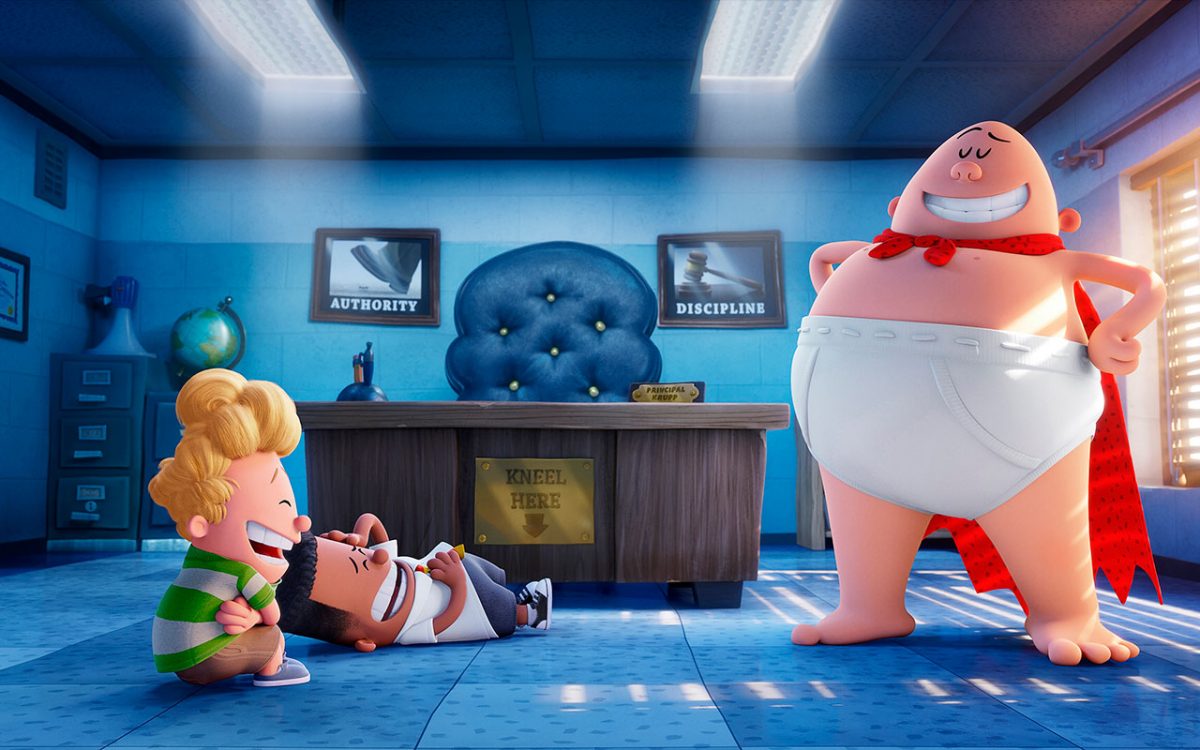 If you are a fan of comedy, you know that Helms and Hart will really up the fun factor in this colorful animated film. Additionally, Captain Underpants will feature Nick Kroll, Thomas Middleditch, Jordan Peele and Kristen Schaal.

After seeing the trailer, I’m really loving the animation. It reminds me of what we received with The Peanuts Movie. Its extremely colorful and looks like three-dimensional versions of the original artwork. Captain Underpants represents a historic moment for Dreamworks Animation. It will be the first Dreamworks project that had its animation outsourced to a non-Dreamworks studio, Mikros Image.

Something else that sticks out is the film’s subtitle. “The First Epic Movie” is a pretty obvious hint that Dreamworks plans to adapt the rest of the Captain Underpants novels depending on the first film’s success.

Get fitted into your tightest underpants on June 2.