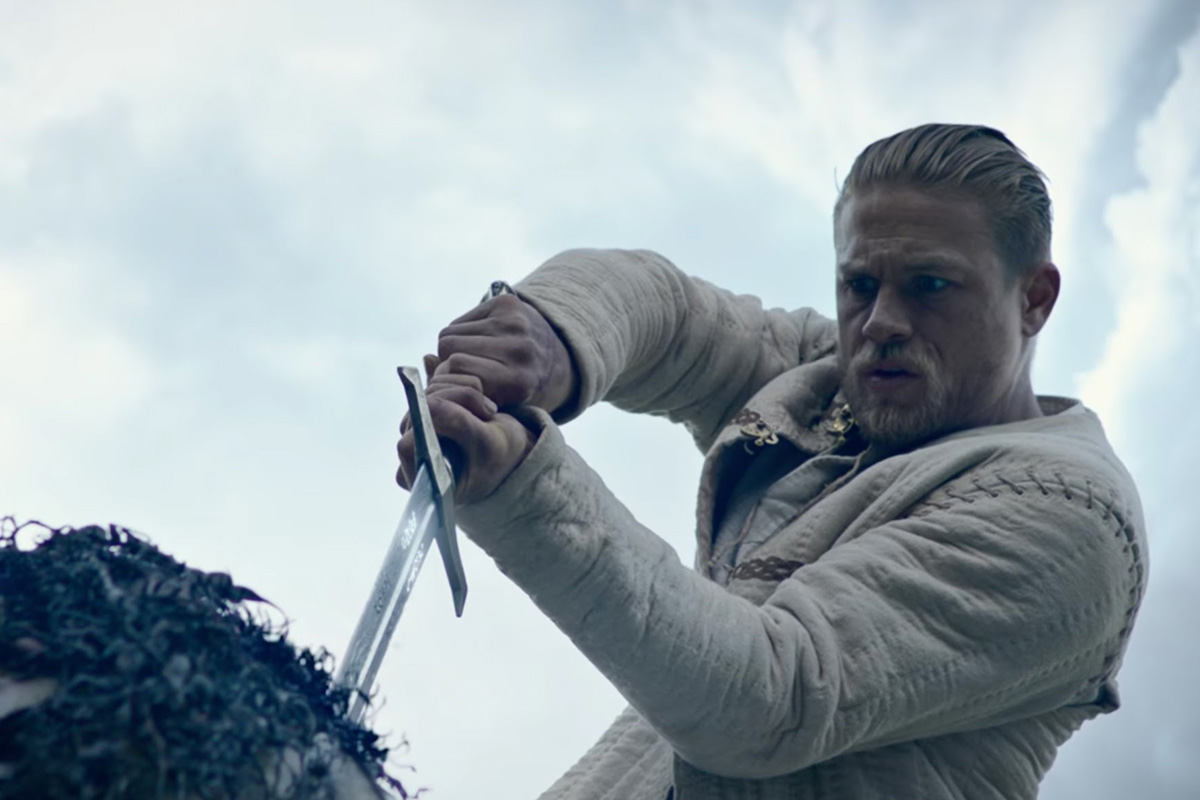 King Arthur: Legend of the Sword slashes your brainwaves.

Charlie Hunnam stars in Guy Ritchie’s upcoming action-filled epic King Arthur: Legend of the Sword, and the first trailer is giving us lots to look forward to.

One look at this trailer and you know this isn’t your grandpa’s King Arthur. That has to do with a certain director taking a less grounded approach to the classic medieval hero. The trailer shows off some GoPro camera work, witty dialogue, modernized clothing, and displays of magic.

Guy Ritchie is well known for films such as Sherlock Holmes and Lock. He blends his subject matter with his own unique and gritty style. Not only is the cinematography taking a tooth-and-nail approach, but the dialogue and setting have also played key roles in giving King Arthur a modern twist. Those visuals look so great.

King Arthur: Legend of the Sword will also be injecting magical elements into the story. This is something we haven’t seen in past iterations of King Arthur in quite some time. Did I mention it looks cinematically masterful?

Charlie Hunnam will be accompanied by Jude Law, Eric Bana, and Djimon Hounsou.

Honestly, I’m pretty stoked for this film. I don’t think it will be an absolute hit, but I’ve always enjoyed modern takes on classic heroes, no matter how bizarre they look. Sherlock Holmes, another Guy Ritchie film, featured a ridiculously awesome version of the classic Brit (played by Robert Downey Jr.). Sure, the BBC show is still my favorite version of Sherlock, but you have to hand it to Guy Ritchie for having vision. Sherlock Holmes was an absolute blast, and I love to revisit it from time to time.

King Arthur looks to continue Guy Ritchie’s insanity with an intense rollercoaster ride filled with action, adventure, and the witty dialogue. The trailer already tells us not to expect a grounded retelling of this classic hero. Instead come for a raw and bloody take on King Arthur. Count me in!

Matt Damon is Back: Jason Bourne ReviewStar Trek Beyond Review