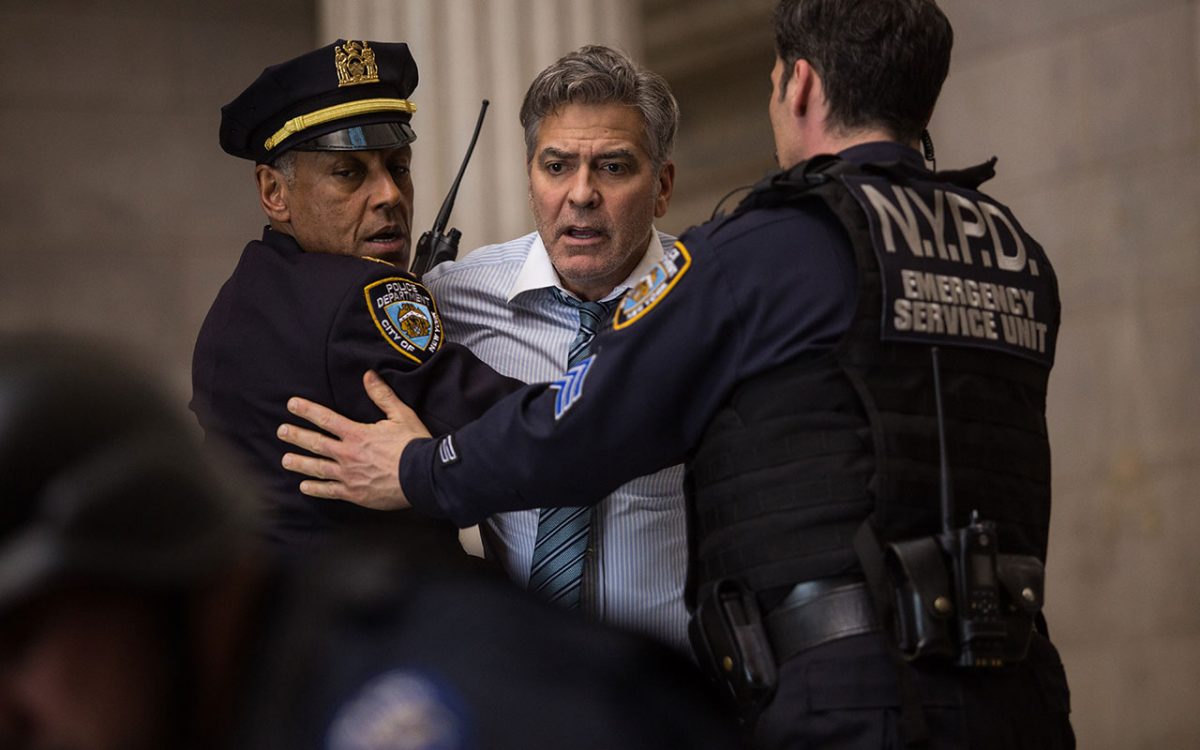 Please Stand By For The Money Monster Trailer

Money Monster follows Lee Gates (Clooney) and his producer Patty (Roberts) as they find themselves in a hostage situation while recording a live episode of their show. Their captor (O’Connell) is an investor who has lost everything. He takes the live broadcast as an opportunity to share his frustrations with the “crooks” who run the global financial market.

With a live explosive and a studio in danger, Lee and Patty work to uncover a financial conspiracy while broadcasting live in front of millions of viewers.

Money Monster marks the 12-year reunion of George Clooney and Julia Roberts who haven’t been onscreen together since 2004’s Ocean Eleven. The pair team up with director Jodie Foster, more popularly known for her fantastic acting resume. Jodie promises a tense thriller that explores the wealth gap we face in America today and how it is affecting our middle class.

The middle class in question? Jack O’Connell, known for his lead role in Angelina Jolie’s Unbroken, will portray the irate investor who holds the studio hostage.

I believe Money Monster will deliver on it’s tense tone. The subject matter seems in keeping with today’s headlines. I’m interested in the film’s commentary on America’s “wealth” problem. There is such a disparity between the middle class and upper class it’s almost sick. I’m hoping Money Monster finds an interesting way to weigh in on this ever growing divide.

The Money Monster trailer showed us an extremely compelling story with phenomenal talent. I was a little disappointed in George Clooney’s last outing in Tomorrowland. It will be great to see him in a story that can properly utilize his charm.

Money Monster reminds me of many other “hostage” films, most prominently John Q. I tend to gravitate toward dramas involving a hostage situation. It’s a great plot device that can create a great film if done properly. Money Monster’s use of the “real-time” hostage situation opens up some interesting ideas for the film.

How do you feel about the trailer for this film? Did it grip you enough to see it in a month? Let us know in the comments below.