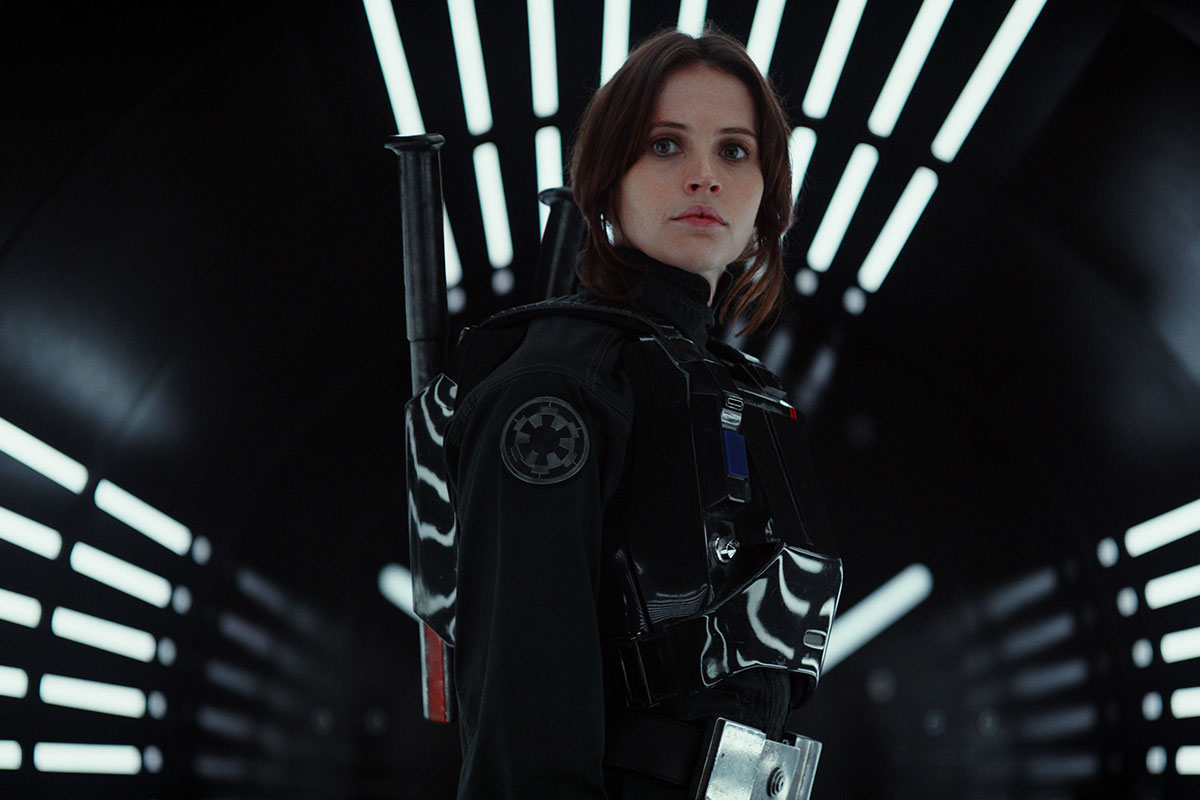 Rogue One Trailer 2 Is Finally Here

If you’re only reason for watching the Rio Olympics last night was to catch Star Wars: Rogue One Trailer 2, you must be pretty happy. The trailer finally dropped today and boy does it look amazing.

One of the most telling aspects about this film is the cinematography. Director Gareth Edwards has seemingly built a very grounded version of the Star Wars universe. It feels very similar to some of the visual cues in Christopher Nolan’s Interstellar. Droid K2-SO felt very similar visually to TARS. Many of the Star Destroyers and terrain vehicles feel huge, which can be attributed to Gareth Edwards use of scale. If you want a preview of what that will look like, definitely watch Godzilla (2014).

In Rogue One Trailer 2, you receive more information about the plot and the journey our characters will embark on. Star Wars: Rogue One is setting up a phenomenal cast of interesting heroes. The standouts in the trailer were Alan Tudyk’s KS-SO, who has a line that harkens back to C3-PO, and Donnie Yen’s Chirrut Îmwe. Chirrut has this great scene in the trailer that displays him as a Force wielder. These character will join rebel leader Jyn Erso, played by Felicity Jones, and other rebel fighters played by Forest Whitaker, and Diego Luna.

Let’s not forget that this is primarily a war film set within the Star Wars Universe. While most films have spent more time on the fantasy aspects of Star Wars, this film promises to offer something a bit more grounded. The trailer successfully delivers this war tone throughout and you really feel a sense of urgency for these characters. Sure, we all sort of know where this ends, but the journey is more exciting then the result.

Oh, and did I forget to mention freaking DARTH VADER also appears at the very end. Since this film takes place chronologically before A New Hope, I am very excited to see a return to form for Vader. He seemed pretty whiny at the end of 2005’s Revenge Of The Sith. James Earl Jones returns as the voice of Darth Vader, his first time voicing the character in a feature film since then.

Did you miss the first trailer? Catch it here.