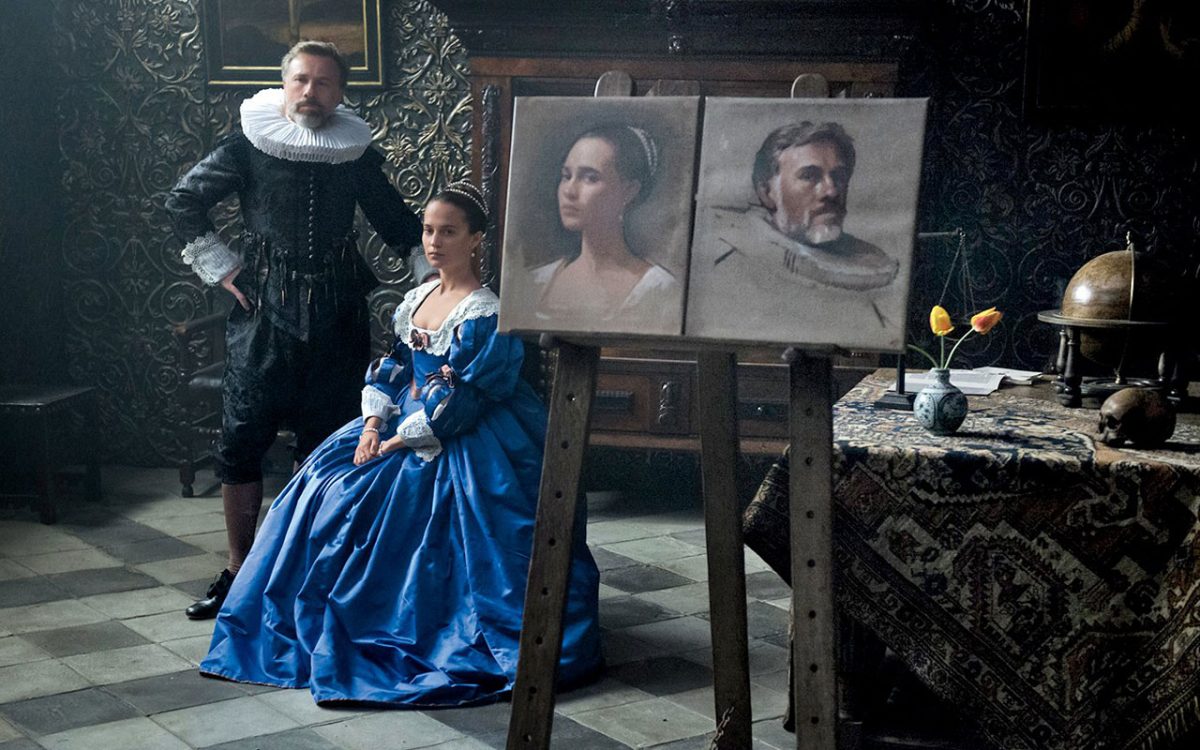 Tulip Fever stars Alicia Vikander as Sophia, the new wife of a rich man named Cornelis (Waltz). Cornelis commissions an artist (DeHaan) to paint a portrait of his beautiful young bride. It’s not long before Sophia falls in love with the artist, and the pair plan to run away together. As the truth slowly comes to light, their affair brings deadly consequences.

If you’re familiar with Dutch history (I’m not a historian, but Google is helpful), you may understand why this film is titled Tulip Fever. It takes place during Tulip Mania, a period during the Dutch Golden Age when tulips were extremely valuable. Sophia and her young lover actually plan to sell tulips in order to raise enough money to run away together. If only it were that simple!

The Tulip Fever trailer boasts a range of amazingly talented actors. Alicia Vikander was recently selected to lead in Paramount’s Tomb Raider reboot and has had a stint of incredible performances in films like The Danish Girl and Ex-Machina. Her co-star Christoph Waltz will continue his streak of villainous roles in Tulip Fever. He is also appearing in this year’s The Legend of Tarzan and played the iconic James Bond villain in last year’s Spectre. Dane Dehaan is a great addition. I’ve missed the guy since his role in The Amazing Spiderman 2.

The film is based on the novel penned by Deborah Moggach and features a fantastic supporting cast: Judi Dench, Cara Delevingne (who also stars opposite Dane DeHaan in Luc Besson’s Valerian), Jack O’Connell, and Zach Galifianakis.

The Tulip Fever trailer does an excellent job at pulling you into the story and presents a talented group of actors. I adore this cast! Each of these actors have been in a previous movie I greatly enjoyed and I am confident in their ability to deliver another top-notch drama. As an graphic artist, I am always interested in period dramas revolving around art. I doubt the plot itself is heavily involved with the subject matter, but the 17th-century is a visually stunning time period my eyeballs applaud.

If you are a fan of period dramas, poisonous romances, and paintings of Christoph Waltz, this might be a film for you.

What did you think of the first Tulip Fever trailer?

Tulip Fever opens in limited release on July 15. Watch the full trailer in the video above.